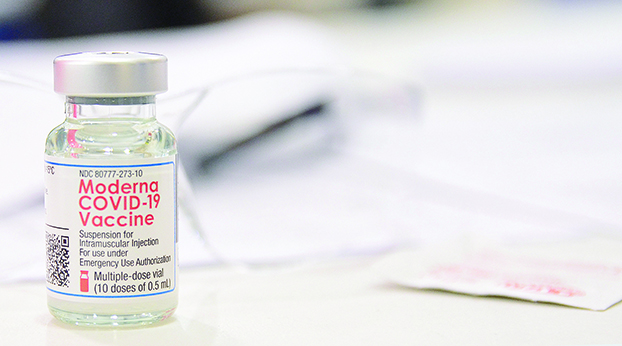 Beshear pleads with Kentuckians to get vaccinated

Gov. Andy Beshear spent a fair amount of his Monday news conference pleading with Kentuckians to get vaccinated against the coronavirus, making a special plea to those under 50 and Republicans.

Asked by Kentucky Health News if his own polling was comparable to a state poll in Tennessee that found 69 percent of white, rural, conservative residents were not willing to get a coronavirus vaccine, Beshear said the state is seeing “some variation on that.”

He added that the largest amount of hesitancy is amongst people who identify as Republican, with some differences between men and women, but

“There’s no question that that is a reality that we face.”

He then spent about three minutes talking about the challenge and begging Kentuckians to get a shot, saying “This virus doesn’t care whether you decide to put a D or an R behind your name. It’ll kill you just the same.”

He added, “It would help to see more leaders or outlets that some of those that are skeptical listen to to be stronger on the need to get vaccinated,” but said that is beyond his control.

He spoke to the need to take politics out of vaccination decisions: “When it comes to something like life and death, I just want people to be protected. These vaccines work. . . . So please, everybody. I’m asking. I’ll beg. I’ll show you the science. I’ll bring you the scientists. Your doctor will talk to you about it, I’m hoping your minister will talk to you about it. Please get this vaccine, because, again, we’ve got to get through this together and it doesn’t care what party we’re in.”

The state reported 231 new cases on Monday, lowering the seven-day rolling average by five, to 605. Beshear said 168 of the new cases were in people younger than 50.

“This is going to be a statistic we’re going to start talking about because this virus is now hitting people again, 49 and younger, at a much higher rate than it did before and it’s causing much more significant issues in that population,” he said.

The percentage of Kentuckians testing positive for the coronavirus in the last seven days dropped slightly, to 3.46% from 3.48% on Sunday. Beshear cautioned that the positivity rate is a leading indicator that needs to be watched closely, as more contagious variants of the virus spread.

Beshear said there is no reason to believe that the dominant strain of the virus in Kentucky is the same as in the nation as a whole: the highly contagious B.1.1.7 variant that was first found in the United Kingdom and is all but six of the 179 “variants of concern” found in Kentucky.

“We don’t want this virus to use you to develop a strain that can then go get somebody else that’s been vaccinated,” he said. “I know you don’t want that too. So again, we need you to do your part.”

Beshear said more than half of all Kentuckians 18 and older have received at least one dose of a coronavirus vaccine.

“That is a big milestone,” he said. “It’s one we ought to be excited about, but we also know that we have a lot further to go.”

The state has about 400,000 doses available and is expecting about 150,000 more on Tuesday. Beshear said if Kentuckians will sign up in one of the thousands of slots available across the state, Kentucky will be more than halfway to meeting its 2.5 million goal. That is not likely to happen, since only 125,000 people a week have been vaccinated over the last three weeks.

“I want to get rid of these restrictions … and it’s pretty easy how we do it,” he said. “We got about 800,000 more people that need to get vaccinated.”

Beshear reasserted that the pause in the one-dose Johnson & Johnson vaccine is an obstacle to that goal, and reminded people that statistically, the risk of having a serious complication with the J&J vaccine is one in a million.

Asked if he would consider relaxing restrictions short of the 2.5 million goal if vaccinations slow, he said, “We’ll consider it,” and it could depend on the type of venue and the safety that it can provide.

He encouraged Kentuckians under 50 to get vaccinated after pointing out that almost half of all Covid-19 cases in Kentucky have occurred in people from 20 to 49, an age group that is vaccinated at a rate of 38% or less.

STANFORD – For a few months, Lincoln County has been in the “yellow zone” for COVID-19 cases but this week... read more