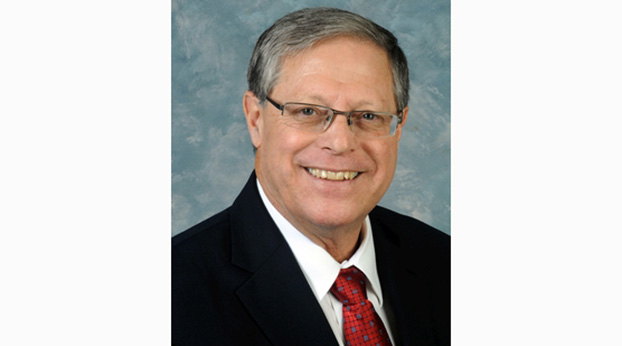 Following the General Assembly’s constitutionally required recess during a 30-day session, lawmakers returned to Frankfort on Tuesday, Feb. 2, to begin the second portion of the 2021 Session.

During the recess period, the governor vetoed six priority bills that the legislature sent him. I outlined those bills in my previous legislative update. They included Senate Bills (SB) 1 and 2, and House Bills (HB) 1, 2, 3, and 5. Please see my previous legislative update for details on each of these bills, or find them online at legislature.ky.gov. Many of these vetoes came as no surprise. However, I am grateful to say that SB 9, the Born Alive Infant Protection Act, became enacted law without the governor’s signature.

Fellow lawmakers and I wasted no time upon returning to Frankfort last Tuesday. The House and Senate overrode each of the vetoes mentioned above. These bills had an emergency clause, which means they became immediate law upon the General Assembly’s override of the veto and a signature from the Secretary of State.

The governor has filed litigation challenging HB 1 and SB’s 1 and 2. As of the drafting of this legislative update, Judge Shepherd of the Franklin Circuit Court has unfortunately issued a temporary injunction on HB 1, enjoining it for 30 days. The Governor’s challenges to these bills are likely to end up before the Supreme Court of Kentucky.

Important legislative work continued during the recess. The budget conference committee, including members from both the House and Senate, began meeting to work out an agreed-upon budget bill. This vital work will continue into the second part of the session and includes efforts to determine an agreed-upon transportation budget bill. I will be keeping you informed on developments.

In the Senate, we passed several bills this week. They will head over to the House for consideration. These bills included:

SB 8—Senate priority legislation that provides exemptions to mandatory immunization requirements during an epidemic based on religious grounds or conscientiously held beliefs. If enacted into law, it would require the Cabinet for Health and Family Services to develop and make available on its website a standardized form relating to exemptions from immunization requirements.

SB 21—allows originating hospitals to voluntarily transport mental health patients to a different hospital or facility upon staff authorization and a patient’s signed written agreement. It would prevent an adult or child patient who has agreed to be voluntarily transported from being released during the transport to a receiving facility. The bill would also establish that a qualified mutual health professional may provide outpatient counseling to any child who is age 16 or older.

SB 38—requires the Cabinet for Health and Family Services to implement regulations requiring health facilities to use a smoke evacuation system during any surgical procedure that is likely to produce surgical smoke.  It defines “surgical smoke” to mean the by-product resulting from tissue contact by an energy generating device. The bill’s primary intent is to protect operating room nurses and other personnel, along with patients, from the hazards of surgical smoke.

SB 61—establishes training standards for the staff of personal services agencies and home health agencies that serve patients with Alzheimer’s disease and other forms of dementia. If enacted into law, the bill would improve the care provided to these patients. The hope is that it would also address retention of direct-care staff by better preparing them for job duties—resulting in less stress and dissatisfaction. Improving care for patients suffering from these diseases is an issue near and dear to my heart. I have personally seen the effects forms of dementia have on people, and I hope to see SB 61 become law this year.

There is still much work to be done. I will continue to keep you updated and informed in the weeks ahead through these legislative updates. I want to thank media outlets throughout the __ District who work diligently to keep communities aware of important stories here in the Commonwealth.  It is a great honor to serve you in Frankfort.

If you have any questions or comments about these or any other public policy issue, I certainly want to hear from you. You can contact me toll-free at 1-800-372-7181 or email me at Rick.Girdler@lrc.ky.gov.

Senator Rick Girdler (R-Somerset) represents the 15th District including Boyle, Lincoln, and Pulaski counties.  Senator Girdler is the co-chairman of the Capital Projects and Bond Oversight Committee. He also serves as vice-chairman of the Senate Standing Committee on Banking and Insurance, as well as the Economic Development, Tourism, and Labor Committee.

Tips for a healthy heart, both this year & next

As I sat down to write this month’s column, I asked myself one question – why is it important to... read more