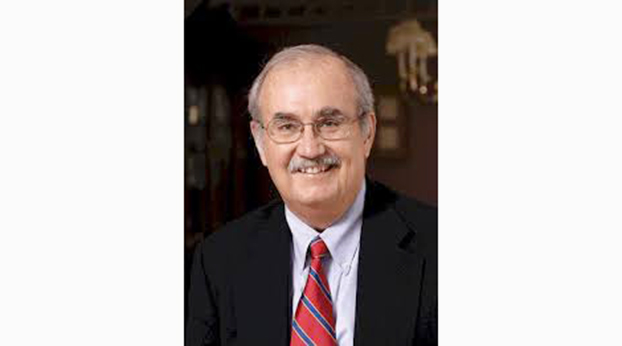 Learning the depth of our intolerance for free speech

Last Monday, our nation was reeling as never before from the double whammy of a violent attack on our nation’s Capitol building, which had shocked us only five days earlier, and the continuing escalation of the Coronavirus pandemic, which was claiming lives every day.

In Kentucky, the president of the Senate, a Republican named Robert Stivers, delivered an emotional speech that caused him to break down crying as he talked about an uncle who had served in the Korean War and a son who currently was serving in our armed services overseas.

But the inspiration for his speech was neither the attack in Washington, D.C., nor the pandemic. It was the fact that the University of Kentucky basketball team had collectively taken a knee during the playing of the national anthem before the Wildcats whipped Florida, 76-58, in Gainesville.

I am not making this up.

Sadly, there was more.

In Laurel County, a typical Big Blue hotbed, Sheriff John Root and his trusty sidekick, jailer Jamie Mobley, presided over the burning of Wildcat T-shirts on the grounds that the players “disrespected the American flag and our national anthem.”

And in Knox County, the Fiscal Court, which runs the county’s business, recommended that the state legislature defund UK or any other “public university or institution that allows any action of disgrace to the Commonwealth of Kentucky or the United States of America.”

The idea for the protest came from the players, who came to Coach John Calipari with the idea on the bus ride from the team hotel to the Florida arena, about 90 minutes before the game. They invited Calipari and his staff to join them.

This put Calipari firmly between the proverbial rock and a hard place. If he sided with his players, he knew that many in the Big Blue fan base would turn on him. But if he refused their offer, he might lose the team that was just beginning to play well after a 1-6 start.

So he sided with his players.

“Half these kids come from military families,” Calipari said. “This had nothing to do with military. They had all the stuff that was going on, and they felt like they wanted to do something.”

Some in the UK fan base understood and applauded the coaches and players for their stand against social injustice. But judging by the torrent of comments, they were a distinct minority. Most agreed with Sheriff Roof, who said:

“I honestly can’t believe a team from Kentucky took a knee to our national anthem with the American flag displayed. The UK apparel and memorabilia is gone tomorrow and until we get a real man to lead the Cats and a real team, you will not see me back in no UK junk, and if you do, just come right up and hit me square in the mouth.”

It should be noted that Kentucky overwhelmingly voted for President Trump in last year’s election. It also is the home of Mitch McConnell, the U.S. Senate Majority Leader who did Trump’s bidding until after the invasion of the Capitol building.

In other words, it’s not a place where dissent, especially by African-American basketball players, would be well-received. At UK, academics always have been second to athletics, especially basketball, as proved by the way the fan base has embraced the way Calipari has cornered the market on one-and-done players, who are mostly black.

Last fall, UK football coach Mark Stoops gave in to his players’ request to cancel a practice so they could participate in a march for social justice across campus. Not only did Stoops give his permission, he joined them on the march.

This didn’t draw much national attention because, well, it was football. But basketball is a different matter. In basketball, the players are expected to know their place and keep their mouths shut in exchange for the millions of dollars they will make after living in Lexington for only nine months, in some cases.

The fan base doesn’t care that their basketball stars don’t get their educations. To many, the players are only commodities, not young humans who need to learn about civics and government and other subjects that will enable them to develop a social conscience and become productive members of our unique society.

As somebody who was born in Kentucky and has lived here most of my life, I’m embarrassed by much of the reaction to the players exercising their Constitutional right to freedom of speech.

I’m not surprised, of course. I’ve always believed that given the chance to show why Kentucky ranks at or near the bottom in most ways we measure education, the hillbilly element of the Commonwealth always will comply.
The day after Stivers made his ill-advised speech from the Senate dais, the Wildcats played host to Alabama. Instead of coming on the floor for the national anthem, the team opted to stay in its dressing room.

Then it came out and got clobbered, 85-65. Nobody blamed the furor over the team’s taking a knee at Florida. But Calipari did seem to waffle a bit, saying it probably wasn’t a good time to protest.

Actually, coming only three days after the horrifying attack on the U.S. Capitol building, it was the perfect time. And to many of us, it was encouraging to see the young athletes having the courage to make a statement.

May they always have their priorities straight. May they never become as narrow-minded and irresponsible as many in their fan base.

By Ashli Watts Kentucky Chamber President and CEO Although 2020 was the most difficult year many have ever experienced, it... read more