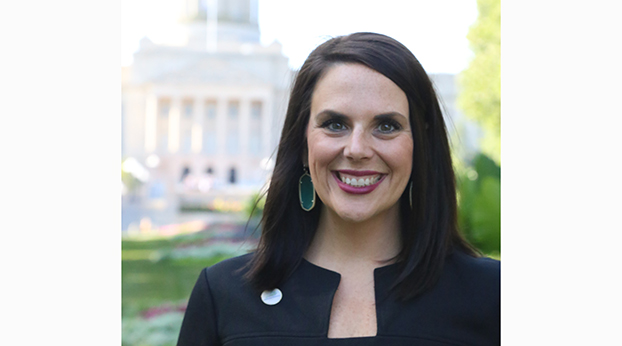 Although 2020 was the most difficult year many have ever experienced, it is safe to say that many lessons were learned throughout the course of such a challenging year. As we reflect over the last twelve months, Americans have endured a global pandemic, economic turmoil, political divisiveness, and racial unrest. As overwhelming as all of this can seem, I have learned that some of life’s biggest lessons can be revealed in our darkest times.

This past summer, we saw our commonwealth struggle with racial unrest as Kentuckians hurting from the pain of long-standing, systemic racism took to the streets to protest, particularly in our largest city, Louisville. As the leader of Kentucky’s largest business association, I watched as calls for racial equality unfolded and quickly realized the business community had a role to play in the discussions to create lasting, meaningful change. It is time for Kentucky to embrace significant, sustainable changes in racial equity, diversity, and inclusion to allow all Kentuckians to reach their full potential.

The Kentucky Chamber of Commerce pulled together a group of civic, business, and education leaders to discuss how we could be proactive in creating meaningful change to achieve racial equity. The group worked over several months to determine where to start and what we could do— not just putting words on paper or giving an inspirational quote-but to take real action.

Out of this workgroup came “Achieving Equity to Build a Stronger Kentucky: A Report of the Kentucky Chamber of Commerce Task Force on Racial Inequality,” which was released this week. Our report highlights how racial equity, diversity, and inclusion in our commonwealth will frame the path to progress for individuals, businesses, communities, and the state specifically in the areas of education, criminal justice reform, and economic empowerment.

We spent months collecting data and research to illustrate realities of inequality across the commonwealth and recommend changes to achieve greater equity. And much of this work starts with transparency. To truly fix the inherent racism that has plagued our system for generations, we must face the ugly realities.

And trust me, the realities were ugly. We learned that the academic performance of Black students declines after they enter school. Kentucky’s 2015 Kindergarten Readiness Screener showed 44.5% of Black students and 52.7% of white students were prepared for kindergarten.

We learned while 8.5% of Kentucky’s total population is Black, the percentage of Black inmates in Kentucky prisons ranged from 23.86% in 2014 to 21.80% in 2018—more than two and half times the makeup of the population at large.

We learned that Black workers in the U.S. earn 30 percent less per hour on average than white workers and that 24% of Black Kentuckians live in poverty, compared to 15% of white Kentuckians.

And there are many more shocking, crystal-clear examples of the blatant inequity across all facets of our commonwealth. As we dug further into the data, it was clear we have much work to do. One of the first action items coming from this report was evident early on- to achieve true success, we must have the cornerstone of transparency and accountability across all of the state’s public and private institutions, policies, and programs.

Learning from the lessons of the past year, Kentucky has an unprecedented opportunity to build a stronger future by making deliberate, sustainable reforms to overcome the racial inequality that has hampered our progress for so many generations. This is serious work and will require the commitment, energy, and ongoing attention of employers, business leaders, policymakers, elected officials, educators, and committed citizens across the commonwealth.

I pledge to you that this report is just the beginning of the work by the Kentucky Chamber and the group of leaders who guided its development to advocate for needed reforms to rid the state of the stain of inequity that diminishes all of us.

Much work needs to be done, and we know it will not be achieved overnight. We must take the lessons of the last year and turn them into action. We are Kentuckians, united we stand, divided we fall, and though divides remain in our commonwealth, we must do the work to ensure equity for all.

King says legislators have no input on vaccine decisions