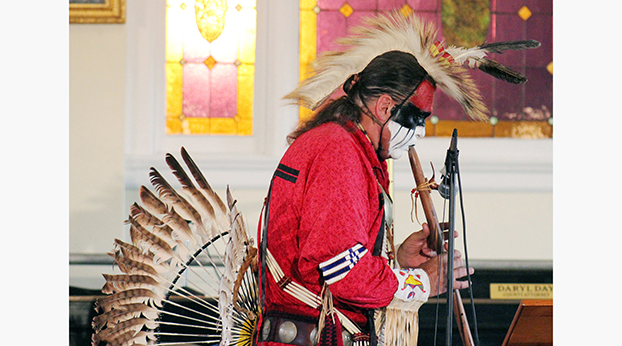 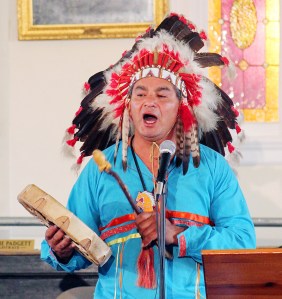 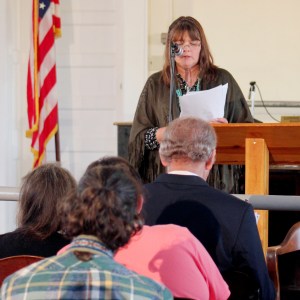 “The following year I canvassed the state and a total of 24 cities signed proclamations including Louisville and Frankfort and a lot of different cities,” Garner said. “So we were really proud of that.”
In the last couple of years, Garner has been helping the Mayor of Louisville organize an Indigenous Peoples’ Day Celebration on Fourth Street, she said.
“Of course, this year we didn’t have anything because of the pandemic,” she said.
But Garner has still been working with the Governor’s staff to get a statewide proclamation signed.
That dream became a reality for Garner this year as Governor Andy Beshear signed the first statewide proclamation.
“He just signed that on Oct. 12, on Indigenous Peoples’ Day. That’s the first one in Kentucky history and it is a temporary one but it opens the door,” she said. “It definitely indicates his support in the measure.”
Garner thinks next year a permanent proclamation will be signed.
“So that’s exciting,” she said.
Lincoln County is often referred to as the “County of firsts” due to its rich history and Garner said this is just another example of the county leading the way.
“Not only did the first Indigenous Peoples’ Day proclamation come from Stanford, but the person who made the proposal to the Governor that resulted in the first statewide came from Lincoln County,” she said.
Garner said when Stanford put pen to paper, it politically neutralized the topic, and cities across the state began to sign similar proclamations.
“I framed it in a way, not so much about Christopher Columbus, but if we’re really interested and appreciate Kentucky history and heritage, then don’t we want to include the whole story?” Garner said. “We should at least include the whole story and have a balance. I think that appealed to a lot of people and then also a lot of people have Native American heritage, too.”
Garner submitted a three-to-four page proposal to the Governor’s Office over the summer and received word that the proclamation would be signed this fall. It’s work that Garner enjoys.
“I get a big thrill out of seeing social change, you know, and seeing people thrilled about it and excited,” she said. “The more you do and the more changes you see, it fuels you on even more.” 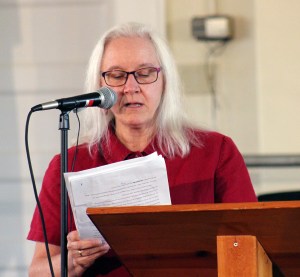 With the possible change in leadership on the Stanford City Council this election year, Garner said she wants to remind candidates of the importance of the proclamation and hopes they’ll offer their support in the future.
“We’re having a change in leadership – whoever gets in there on the city council and for mayor – and going forward, considering the positive attention this has generated for Stanford and Kentucky, maybe it’s time for Stanford to really consider how important it is to attend events like that, and events in the community,” Garner said.

Lincoln County is now considered a ‘red’ county in the Kentucky Department of Health COVID-19 incident-rate map. The map, which... read more