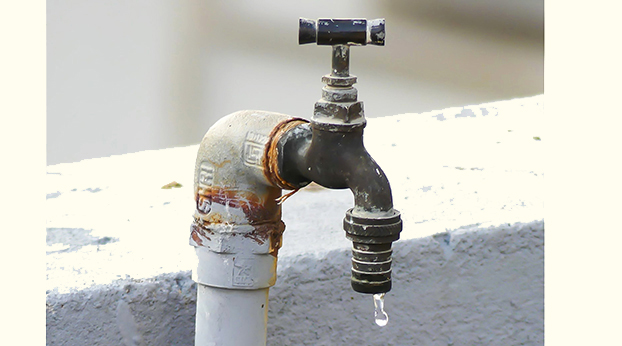 The last thing Ryan Owens wants is for anyone to have their water turned off for nonpayment.

Owens, general manager of the City of Stanford Water Works, said his department wants to work with people to help them avoid disconnection if they have a past-due bill.

“Hopefully by putting this in the paper, on social media, and different places early, the people that do have outstanding debt can come in and set up a payment plan so we don’t have to shut them off,” Owens said. “That’s our main goal is for those people to keep service going through the holidays and stuff like that. Our main goal is not to shut off, but unfortunately, that’s part of the business by doing so.”

The City of Stanford Water Works issued a statement announcing that, per the executive order issued by Kentucky Gov. Andy Beshear earlier this year, utilities such as Stanford Water Works is permitted to start disconnecting the services of customers who have not paid their bills as of Nov. 6. Owens said that’s one of the reasons he is trying to get the word out quickly.

Owens said that as of Monday, his agency has approximately 500 customers that would be set for disconnection if no payment arrangements are made before the deadline. Stanford Water Works serves customers in Stanford, as well as those in Pine Hall and Hubble Area, according to Owens.

“It’s a fairly significant number. We’re trying to get it out there before the Nov. 6 deadline. After that, our plan is to start doing shutoffs book by book until we get finished. After that, they will be responsible for the $25 reconnect fee plus the amount due for the bill,” he explained.

Owens said customers do not have to provide any proof of hardship, they can simply come to the office, located at 842 East Main Street, or call 606-365-4510 to make arrangements to pay their bill. According to a statement issued by Stanford Water Works, no late fees will be applied to bills paid before Jan. 1, 2021.

“There’s also some monies out there that the federal and state government has put out there, and I think that’s through Bluegrass CAP (Community Action Program) for this area. You can call and get them to help you with your bill, and there’s also churches and other entities out there that are helping people with that outstanding balance,” Owens added. “We’d just be glad to have them come in before Nov. 6 so we can get a payment plan set and avoid having to shut anybody off.”

Bluegrass Community Action Partnership can be reached locally at 201 East Main Street in Stanford, or by phone at 606-365-2312.

SPECIAL TO THE INTERIOR JOURNAL In-person instruction has resumed for Lincoln County Schools this week. Teachers are having to be... read more