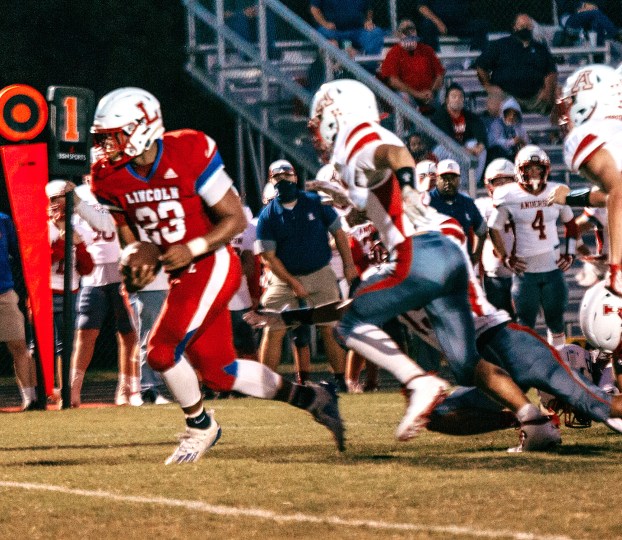 The Lincoln County Patriots football team had a perfect record when the trip to Wayne County began Friday, rolling to a 4-0 mark. Wayne County handed the Patriots their first loss, slowing the Lincoln running game that had had its way with defenses thus far this season.

Lincoln entered the game averaging nearly 330 yards per game with its running attack. Stopping that would be key, and Wayne County did just that, holding the Patriots’ ground attack to just 158 yards. Rodney Alcorn was the top rusher for Lincoln with 71 yards on 14 carries, followed by Lee Amon with 11 carries for 62 yards. Amon added a touchdown, as did Clayton Davis, who carried the ball seven times for 30 yards.

The passing game was responsible for most of the offense for Lincoln as Sawyer Horton threw two touchdown passes on a 6-for-11 night for 126 yards. Davis connected on five of six passes for 10o yards and a touchdown.

Lincoln County improved its record to a perfect 4-0 Friday night with a 26-14 win over Madison Central in Richmond.... read more