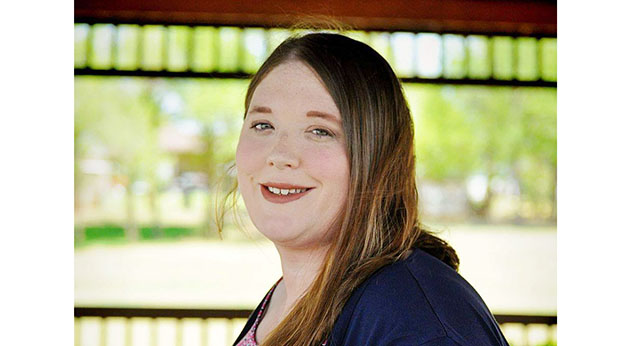 Cassie Kinet, a native of the McKinney community of Lincoln County, but now lives in Yukon, Oklahoma. She is running for a seat in the Oklahoma House of Representatives in the upcoming general election. 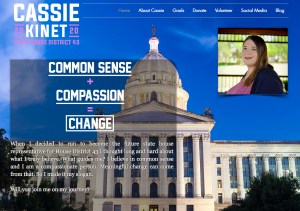 Lincoln County native Cassie Kinet is running for office in Oklahoma. Her website, www.kinet2020.com, gives complete information about her platform. You can visit the site by clicking this image.

Cassie Kinet grew up as Cassie Brown in the McKinney community of Lincoln County, and she graduated from Lincoln County High School in 2003. She now lives in Yukon, Oklahoma, just outside Oklahoma City, and last week she was back home visiting with family and loved ones, including her parents, Johnny and Cheryl Brown.

She was never a political person, and she said she never liked politics and still doesn’t like government. But today she’s seeking public office to make a difference in the state where she has lived for the past seven years.

Kinet is running for a seat in the Oklahoma House of Representatives in District 43 in the upcoming general election as an independent candidate. Her dislike of government is what has made her decide to seek political office.

“We don’t have a lot of people who are running right now. It’s a very Republican state,” she said. “Our mental health care is an absolute disaster. I had a family member out there who had trouble getting mental health care. I decided instead of complaining about it, I’d run for office. I am running to support our public education and support our health care system.”

Kinet is running against incumbent Jay Steagall, a Republican, who won a general election with 68 percent of the vote in November of 2018 following a runoff for the spot on the ballot in August, according to ballotpedia.org.

Oklahoma is one of 15 states with a term limit for its state legislature. The state’s maximum time to serve is 12 years, and that’s fine with Kinet, who said she would want to get things done and then move on.

“I would just stay to get as much done as possible, but I don’t believe in serving a whole lot of terms,” she said. “I think you need to go in and get the job done, and then let somebody else come in and bring their ideas. I think fresh ideas into our government is the best way for us to keep moving forward as Americans.”

Kinet’s visit to Kentucky was her first in about five years, and she said she was excited to have Faye Kinet, her 3-year-old daughter, get to visit with family and see where she grew up.

“She came here for a Kentucky experience. She’s been fishing and caught three fish, she’s met her aunts and uncles and just had a good time. She also got to meet her great-grandmother Dessie Lay for the first time,” Kinet said.

The folks back home in Lincoln County aren’t excited about her run for office, but that’s OK with Kinet.

“They’re not too happy,” she said laughing. “They’d rather me stay out of the political world, but they support me as their daughter and they love me. They’re going to support me for what I do because I am their child, and that’s the Kentucky way. You support your family.”

Kinet said Lincoln County is a lot different than she remembers. Her last visit was five years ago, and while she’s seen some good changes, there are some others she is not happy to see, including the closing of McKinney Elementary School.

“It’s a lot different. I see we’re running a campaign to bring alcohol sales over to Stanford. So things have definitely changed. They’ve shut down McKinney Elementary School, which I definitely do not support and I’m hoping to see that back open. If I was here I would have definitely fought for that,” she said. “I just hope to see the economy in Lincoln County start to grow and people start doing a bit better. I’ve heard several things while I was here, complaints from people, and I said, ‘Well why don’t you call your legislator?’ So I hope that more people around here will start lodging their complaints with their legislators so they can start making things better for themselves out here in Lincoln County.”

She added that she’s also glad to see the growth of the local Amish community.

“I’ve seen a lot of Amish have moved into the McKinney area, and I’m really happy to see that. I also see there’s a Dollar General down here. I’m really happy to see that a store has been brought so we don’t have a food desert down here. I’m just happy to be home, spend time with my family, and get away from the city for a while. The country life, there’s nothing better than it,” she said.

The Lincoln County Health Department is reminding the public to continue wearing masks during this time as the novel coronavirus... read more