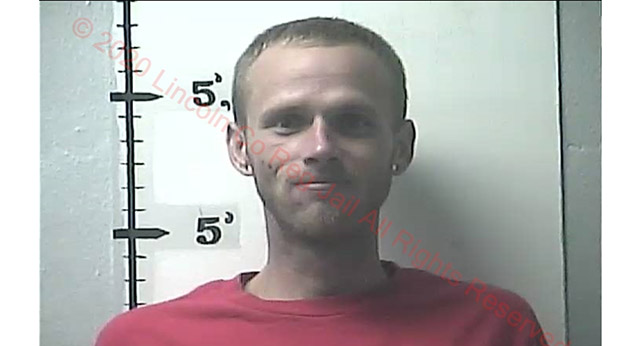 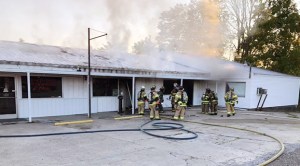 Police have arrested a man for allegedly setting a local laundromat on fire.

Firefighters from Lincoln and surrounding counties responded to a report of heavy smoke and fire coming from the center of the laundromat early Monday morning.

It took about three hours to put out the blaze, according to Stanford Fire Chief Scott Maples.

Arson Investigator Chase Marcum and Detective Tim Morris are overseeing the investigation, as arson was the suspected cause of the fire.

“Upon investigation of the recent burglary and arson of the laundromat, a suspect was identified and an arrest warrant obtained,” the release states.

After receiving information, the Stanford Police Department responded with the Lincoln County Sheriffs Office to a location in the Waynesburg area, according to the press release, and officers checked two residences, the second of which suspect Christopher Stull was found inside and arrested.

Stull, who is also a suspect in other burglaries, including the theft of a church van, was lodged in the Lincoln County Regional Jail.

He was charged with third-degree burglary; second-degree arson; theft by unlawful taking (over $500, less than $10,000); possession of a handgun by a convicted felon and tampering with physical evidence.

After being lodged in the local jail, Stull attempted to escape the facility but was stopped by jail staff, according to Stanford Police.

By Mark Maynard Kentucky Today The Kentucky Board of Education will have a special virtual teleconference meeting at noon Friday... read more