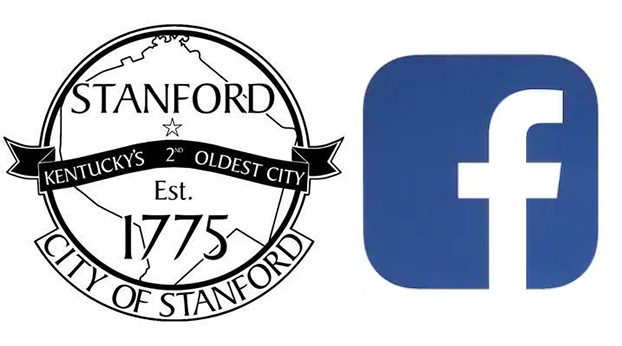 A Facebook user – which turned out to be a fake account – has been reported to local police after allegedly harassing city council members and commenting on the city of Stanford’s page.

Council Member Peggy Hester brought the issue to the table during the “council concerns” portion of the meeting last Thursday night.

Speaking to Police Chief Zach Middleton, Hester said a local resident, Lisa Johnson, contacted Middleton about a specific user on Facebook that was allegedly harassing them and appeared in the comments on the city’s livestream.

“We were able to get the user name and they got that account suspended until they can give us information,” Middleton said.

Hester asked if the city would need to subpoena records.

“Yes, we will have to do that. They’ve got a legal form…I have an email that they’re running slow or whatever, but I’ve got all of that. I had to get that request form submitted to get them to suspend the account,” he said.

The city’s live stream was something the council did not vote on, Hester added.

“That was just set up for us when we came in. We are the legislative body; four votes will do about anything. That’s something I think has been forgotten here. I didn’t look at my phone while I was here but when I got home I started getting calls and we had a whole audience of people that were not only abusive to me; they were to Ronnie, they were to Sara,” Hester said.

Council member Ella Mae Curlis said she was also talked about in the comments.

“Let’s see what was it; I ‘couldn’t be trusted’ and ‘Dr. James is an embarrassment to the city,'” Curlis said.

Hester said the local radio station, WPBK-FM, has had to limit comments on its Facebook page.

“Because people sit behind their computer and they are so abusive and critical that it borders on slander,” Hester said. “I, for one, am not going to continue. I took the brunt of it, you can read it. I’m not going to be dealing with that. So I would ask that we continue, with a vote, to do our livestream without the comments.”

Hester said there are a lot of issues that people aren’t going to agree with but it shouldn’t become personal.

“You don’t have to get personal and spread it all over Facebook and run down the council and call us jokers. This is not a job that most people can endure. I will endure but I will not endure those types of comments at every meeting,” Hester said.

Curlis said the city council voted to move the meetings to the library to better accommodate the public and provide more access to meetings and to her, that was a vote on the live stream.

“My understanding was because it wasn’t working properly there and he (Scottie Ernst) couldn’t get the appropriate sound,” he said.

Hester said a group of women spent the whole meeting commenting about her on the livestream.

“I don’t have a problem with the livestream. The problem I have is we didn’t vote on anything,” she said.

Council member Naren James asked City Attorney John Hackley if there was anything legally the council could do to prevent the harassment.

“The issue is…people get brave when they’re behind the keyboard,” Johnson said. “I will share a cautionary tale…”

Johnson said there was one instance where a mayor in Indiana attempted to prosecute social media users.

“The mayor or the police chief…ended up kicking in a door of these college-age kids…the guy who’s account it was wasn’t home; scared the thunder out of the roommate, there was a small amount of marijuana…huge civil suit ensued; the city ended up writing a  seven-to-eight figure check to the kid that was just there. So anytime you get on social media, there are landmines to it.”

Johnson said the legal arena for social media has been expanded during the COVID-19 pandemic because access is limited due to social distancing needs.

“It’s an evolving area of the law,” he said. “The city does have the discretion to opt in or opt out.”

Council member Ronnie Deatherage asked if the city just has to provide the medium for the public to view the meeting and not necessarily provide the comments section.

“Yes, but if you’re (choice) is to use Facebook Live, due to the nature of that platform, there’s no means to which you can turn off the comments,” Johnson said.

“But we could try to find another medium that doesn’t have that and then we can still provide the service to constituents but in the same token if they have concerns or questions they can still contact us or come to the meeting,” Deatherage said.

Johnson said there are some cities that broadcast on public access television.

“There are ways to skin that cat…” he said.

Council member Dalton Miller said comments can be turned off for everyone, which he believes is fair.

City Clerk Jone Allen said comments cannot be turned off on an open, public Facebook page, only in a group in which people are approved before joining.

“We would have to block every person as soon as they started to make a comment, as it happens,” Allen said.

“But again, as we stated, Facebook Live isn’t the only game in town,” he said. “…You guys could set up a web camera and just stream it directly to the website…”

Hester said the council members will have to put their heads together and make a decision.

“No council, no body of government should have to be at a meeting and basically be abused over the work we’re trying to do,” she said.

Curlis said she agrees but she doesn’t want to block anyone from seeing the meeting.

“There’s 806 people watching right now,” she said. “We’d have to go to the school auditorium or gymnasium.”

Hester said she’s not opposed to comments, but personal attacks.

“This is not easy work and it may look easy, but there’s a lot of decision-making going into every meeting and I don’t want abusive language…,” she said.

Miller said he agrees there should not be personal attacks but he also believes in the First Amendment.

“The First Amendment is in place and it occurs every day on the streets when people drive by and flip you off and they cuss you in the middle of Walmart and unfortunately, I worked in a job where that happened every day and there was nothing we could do….but nobody should be personally attacking any of us, I agree, Peggy,” Miller said.

“I’m all for open access,” James said. “This is a public meeting so the more access we give the better…the only issue is the comments…” James said.

Council member Sara Givens said the names of the people commenting are there to see and council members can respond individually.

“We know who they are because their names are on there where they make those little silly, silly comments,” Givens said.

The Lincoln County School District uses YouTube to broadcast its public meetings, according to Tim Estes.

“A YouTube channel is very easy to set up and you can turn the comments off,” he said.

WPBK-FM has been broadcasting the school board meetings on the radio, as well. That’s something the radio would be willing to do for the city council, Estes said, but it cannot do so with Facebook Live.

“We would be more than happy to broadcast it locally on WPBK-FM…” Estes said. No special equipment would be required.