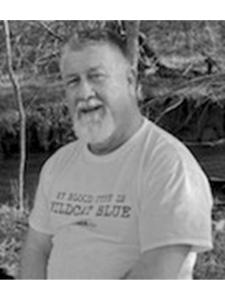 David F. “Scottie” Ernst, Jr., 61 of Stanford and husband of Debbie, passed away Tuesday, July 14, 2020 in Stanford. Scottie was born January 12, 1959 in Danville to the late David Franklin Ernst, Sr. & Bertha Baugh Ernst.
Scottie was a 1977 graduate of Lincoln Co. High School and went on to graduate from the Mid-America College of Funeral Service in 1982. Scottie spent his life serving others as he went on to become a part owner of Fox Funeral Home and Barnett & Demrow Funeral Homes in Lincoln County. Scottie later went on to become a funeral director for Kerr Brothers Funeral Homes in Lexington for the past 18 years. He was also a lifelong member of Stanford Baptist Church.
Always involved with local events, Scottie was passionate about his town of Stanford and Lincoln County and tirelessly served in many positions. Highly active in the Lincoln County Fair for many years, he also served as deputy coroner for several years, as well as 14 years serving as councilman for the City of Stanford. In 2018 , he was elected as Mayor of Stanford. A job he did not take lightly, as Mayor, Scottie strived to make Stanford a better place. He could always be spotted either working in the streets or at the fort with fellow city employees, landscaping, planting flowers, working outside and being a completely hands on civil servant. On an administrative level, he was always transparent with city business and making it a point to inform and educate the public on current and future projects. His dedication will be greatly missed.
Scottie leaves to mourn his passing, his wife of 30 years, Debbie Rousey Ernst, two sons, Brandon (Kim) Stickler of Berea, and Sammy (Kelly) Stickler of Somerset, as well as six grandchildren, Bryce, Zachary, Aiden, Brianna, Isaiah & Avery.
Funeral Services for Scottie will be held 1:00 PM Monday, July 20, 2020 at Stanford Baptist Church . Pallbearers will be members of the Stanford Fire & Stanford Police Departments. Burial will take place in Buffalo Springs Cemetery. Visitation will take place from 2:00 PM until 7:00 PM Sunday, July 19, 2020 at the church and from 10:00 AM until service time Monday at the church. In accordance with the health mandate from the Commonwealth of Kentucky, all visitors will be required to wear face coverings and exhibit proper social distancing practices. In lieu of flowers, contributions may go to either the Friends of Logan’s Fort c/o/ City of Stanford 305 E. Main St. Stanford, Ky. 40484; Lincoln Co. Historical Society P.O. Box 570 Stanford, Ky. 40484 or the Logan’s Fort Foundation P.O.B. 1775 Stanford, Ky. 40484. Friends and family may leave condolences on his tribute page at www.ramsey-young.com.
Scottie’s funeral services are entrusted to Ramsey-Young Funeral Home, Fox & Friend Funeral Home, and Kerr Bros. Funeral Home.