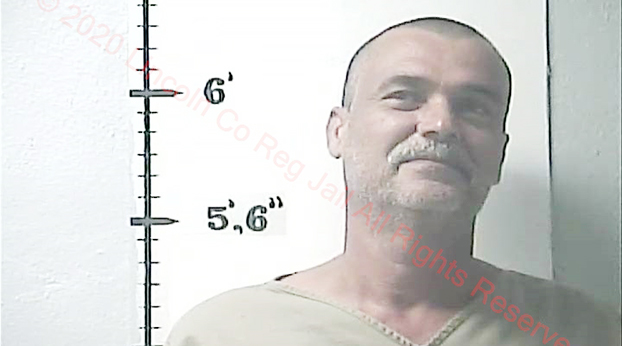 Lincoln County deputies responded to a report of a shooting on Robin Drive in the Moreland area on July 5. As deputies Andy Ferguson and Jake Adams arrived, the found the victim with a gunshot wound to the right side of his chest. Detective Robert Oney was notified and responded to Ephraim McDowell emergency room where the victim had been taken.

Oney interviewed the victim, who reported that he had been shot by a man named Chris Riggs as he was getting out of his truck. Oney returned to the scene where deputies Ferguson and Adams had begun speaking with witnesses and taking statements.

Oney determined that four shots had been fired at the victim, and also that Riggs had stolen a handgun from his girlfriend, according to a statement from the Lincoln County Sheriff’s Office on Facebook.

Riggs left the scene, and Oney obtained a telephone number for Riggs and was able to ping his location as being in Henderson County, Kentucky. Oney then notified the Henderson Police Department, and a standoff took place between that agency and Riggs, who was eventually arrested.

The next day Oney obtained a search warrant to perform a gunshot residue swab on Riggs, who was found with the stolen gun. According to the statement, the gun and all rounds were being sent to a crime lab for comparison.

Riggs was charged with assault 1st degree and theft of unlawfully taking (firearm).

Oney is leading the investigation.

Riggs is lodged in the Lincoln County Regional Jail and is being held on $25,000 bond for each of the two charges he faces.

The Stanford Rotary Club recently made a large donation to the office of Bates, Miller and Sims. This money provided... read more