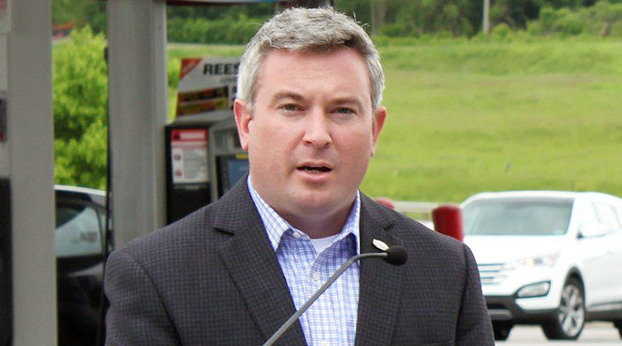 A lawsuit is being filed by Agriculture Commissioner Ryan Quarles and the owners of an agri-tourism business in Scott County, alleging Gov. Andy Beshear’s executive orders dealing with the coronavirus pandemic violate state law.

The suit, filed Monday at Scott Circuit Court, seeks to have a judge declare several of Beshear’s executive orders to be violations of the processes outlined by Kentucky’s Administrative Practices Act and the state constitution.

Quarles filed the case alongside Evans Orchard and Cider Mill, LLC, which joins him as a co-plaintiff in the case.

“The Evans family has put public health first every step of the way during the coronavirus pandemic,” Quarles said. “But they have also suffered immense financial losses due to restrictions issued by the governor during the state of emergency. While the orders may be well-intentioned, they violate the Administrative Practices Act, which contains significant protections for input from the public and the General Assembly during the rulemaking process.”

Evans Orchard describes themselves as a fifth-generation family farm-owned agritourism destination in Georgetown, offering a u-pick orchard, a 96,000 square foot playground and a converted barn facility that can be rented for weddings and other events.

During the pandemic, they say they adopted new public health guidelines, which include reducing capacity to allow for social distancing, requiring customers and employees to wear facemasks and doubling down on efforts to sanitize frequently touched surfaces.

“We are hurting financially from these orders,” Jenny Evans, co-owner of the business, said during a press conference at the farm. “Not being able to safely open, and we don’t have much time left in the season.”

She said safety is their first priority. “We want to put the public’s health first, then our focus is being open for the season that’s left. That is why we have been so proactive in trying to get clarity from our local and state public health departments, but the responses from these agencies have not been prompt nor clear.”

Evans said they are not seeking to open at full capacity, which can be up to 2,600 during their peak season in the fall. “The plan we submitted to the local health department concerning the play area had us operating at a one percent capacity. That plan was denied, and we were only cleared for ten people.”

She says she feels they are being treated unfairly, “when you have a trampoline park in Lexington and other indoor rec facilities like gyms are being allowed to operate.”

The governor’s office responded to a request for comment on the lawsuit with a written statement:

“At a time when states to our south are reporting over 8,000 new COVID-19 cases each day, the parties bringing this lawsuit want to eliminate the public health guidance and requirements that are keeping Kentuckians safe. All businesses have to follow the same rules and guidance for outdoor weddings and other activities. We are confident in the legality of these rules and have identified numerous legal issues with the suit, including that it was filed in the wrong place. If the parties here won and the virus spread because the facility was not following proper guidance, it could threaten the reopening of our economy and public schools.”

The lawsuit was filed on the day that guidance took effect allowing gatherings of up to 50 people. Also bars and restaurants are now allowed to seat patrons up to 50 percent of pre-pandemic capacity, public swimming and bathing facilities reopened, event spaces and venues could reopen and youth sports were expanded.

51 residents, 32 staff members have tested positive The Stanford Care and Rehabilitation facility is one of several health care... read more