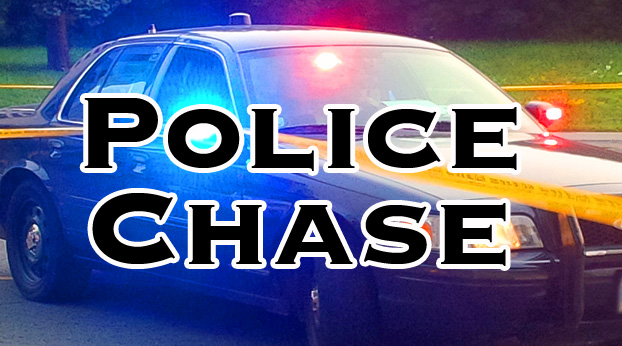 Law enforcement officers in Lincoln County arrested a kidnapping suspect Tuesday morning following a chase that began in Madison County and resulted in the suspect firing shots at officers.

The chase began in Berea in the early hours of the morning and went through several counties before ending up on U.S. 150 in Lincoln County. The armed suspect allegedly avoided traffic spikes set out by law enforcement before the suspect made his way into the Forest Hills Subdivision.

According to reports, he went down a dead-end street and then fired multiple shots at officers before running away.

Officers returned fire while making sure to safely remove the kidnapping victim from the scene. The victim was unharmed during the incident and neither the suspect nor law enforcement officers were injured during the shooting.

According to reports, the man fled toward a home in the neighborhood and attempted to break into the home, but was confronted by the homeowner, who was armed at the time. The suspect fled from that residence and officers began to set up a perimeter in the area to continue the search.

During this time, at roughly 3 a.m., Lincoln County Emergency Management and the Stanford Police Department were encouraging residents in the Forest Hills, Cash Creek, and Indian Trails neighborhoods to stay in their homes and report any strangers in the neighborhood to 911.

“Heavy police presence between Hwy 27/590/and Hwy 150 including the Cash Creek, Forest Hills, and Indian Trails subdivisions,” a post from the Stanford Police Department read. “A vehicle pursuit from another county entered into Lincoln and ended in the area, the suspect is still at large and is considered armed and dangerous. Residents are encouraged to remain in their homes. Others should avoid the area as officers work to attempt to locate the subject. If any stranger or suspicious person is seen in the area, DO NOT APPROACH and contact 911.”

At around 7 a.m., police received a call about the suspect hiding in an unoccupied home that is currently under construction in the Indian Trails subdivision. A struggle ensued, but officers were able to take the suspect into custody.

As of press time, the suspect’s name and the charges he faces have not been released.

CRAB ORCHARD – For the first time in a very long time, Main Street in Crab Orchard will not be... read more