States pleading for federal bailout are the most poorly managed 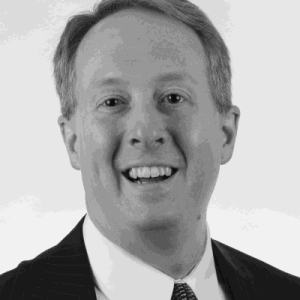 Johnny Kampis is senior fellow for the Taxpayers Protection Alliance

TIA found that some of these poorly managed states have huge taxpayer burdens, which the organization defines as each taxpayer’s share of state bills after the state’s assets have been tapped.

TIA’s home state of Illinois finished second worst in the study with a taxpayer burden of $52,600. The state has requested a bailout package of $41.6 billion with no strings attached so Illinois leaders could theoretically use a healthy part of the money to help shore up its $100 billion-plus pension shortfall that is unrelated to the pandemic.

Illinois requests this bailout as its state employees will receive a collective $261 million raise in July.

Michael LaFaive of Michigan-based Mackinac Center for Public Policy and Carol Platt Liebau of Connecticut-based Yankee Institute recently wrote in an op-ed in The Hill that politicians in Connecticut — which was third worst in the TIA study with a taxpayer burden of $51,800 — would welcome a federal bailout. Due to unsustainable retirement promises to state employees and teachers, the state spends more on post-employment benefits than it does on education or transportation.

“But a bailout would do nothing to fix Connecticut’s unfunded liability problem; rather, it would reward the state’s fiscal profligacy and ensure that the dysfunctional status quo continues for another generation,” LaFaive and Liebau wrote.

Meanwhile, Senate Minority Leader Chuck Schumer, D-New York, has advocated the loudest in the Senate for another relief package that would aid state and local governments. Schumer has warned of a big loss of public-sector jobs that could further harm the economy. TIA’s report found that New York has a taxpayer burden of $20,500, ninth worst in the United States, fueled largely by retirement benefits promised to workers of those public-sector jobs.

Treasury Secretary Steven Mnuchin said that while states with large expenses due to the response to COVID-19, such as hard-hit areas like New York and New Jersey, deserved some of the initial recovery money, “states that were mismanaged” before the pandemic shouldn’t come to the federal government looking for bailouts unrelated to the public health response.

New Jersey topped TIA’s list as the most poorly managed state, with a taxpayer burden of $65,100.

A study from the American Institute for Economic Research backs up TIA’s findings. The organization found that the more a state was governed by Democrats in recent decades the larger its debt burden — on average the difference was more than double.

But it’s not just a blue state problem. Kentucky finished seventh in the TIA study with a taxpayer burden of $25,700. Senate Majority Leader Mitch McConnell, a Republican, has suggested states go into bankruptcy to manage their shortfalls, a comment that was widely criticized by leaders on both sides of the aisle.

Part of the problem is that many states aren’t prepared for such a swift and major financial downturn. The Pew Charitable Trusts found that states had rainy day funds that represent a median figure of 7.7 percent of general fund expenditures.

But Illinois and Kansas had not saved at all, while Pennsylvania’s rainy day fund was just 0.1 percent of general expenses and Kentucky and New Jersey’s rainy day funds were just 1.1 percent.

The Heritage Foundation notes that states have already received more than $200 billion in grants and $500 billion in loans to municipal governments while also benefiting in tax revenue from the $1 trillion-plus that has flowed to their residents and businesses.

The group’s president, Kay C. James, argues that enough is enough, pointing out that previous bailouts were squandered by states rather than being used for their intended purposes.

“Bailing out states is, simply put, a bad idea,” she wrote. “It shields politicians from the consequences of their actions and encourages the same reckless spending habits that got them into a financial mess in the first place.”

Johnny Kampis is senior fellow for the Taxpayers Protection Alliance.

‘Years of life’ lost to coronavirus and abortion