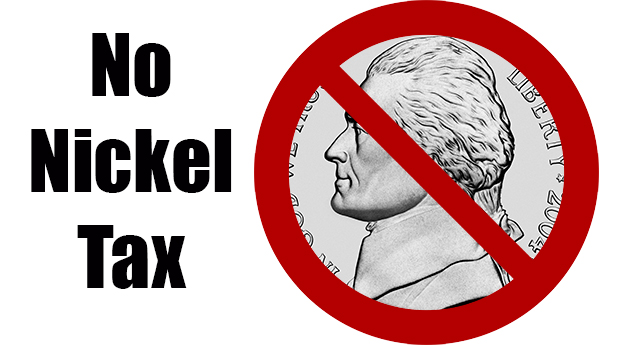 The Lincoln County Board of Education voted Thursday to rescind the proposed nickel tax.

Board votes to rescind nickel tax

The novel coronavirus has disrupted many lives, and due to the economic uncertainty it has caused, the Lincoln County Board of Education voted 4 to 1 last Thursday to remove the recallable nickel tax from the November election ballot.

The recallable 5.7 cents is classified as restricted funds and can only be spent on major renovations of school facilities, new construction, debt service and/or land acquisition. The funds cannot be spent on staff salaries.

The public successfully petitioned the board action, which would have put the recallable tax to a vote on the upcoming November ballot.

“Several days ago I was talking to the superintendent and even before that, more and more I was coming to feel strongly that this is definitely not the time to pursue this,” said Board Chairman Tom Blankenship during the school board’s May 28 special-called meeting.

“As we all know, there’s been a lot of changes going on, maybe not us personally, but a lot of people have lost their jobs, are working only part-time or can’t find work and are having trouble putting food on the table and paying bills. With all of this, there’s that fear and dread of what this dreaded disease could do, especially for the children, and we’ve got to think about that too as we go back in the classroom and buses,” Blankenship said. “To me, I think with all of this going on, it’s unthinkable that we would consider pursuing this.”

“It’s going to go down strongly to defeat and why stress the people anymore, and why drag it out and prolong it, and why add a lot more unnecessary work on the county clerk’s office?” he said. “…If we go ahead and push it, we’re going to get a strong reaction from the people and it may take a long time to get that back.”

The people in the county have been faithful and supportive of the school board, he said, and it’s time for the board to reciprocate.

Board member Alan Hubble said the board would have been placing economic hardship on Lincoln County residents even before the coronavirus.

“It’s still up to the people to decide, I mean that was the whole purpose of putting it to a vote to start with,” he said.

Superintendent Michael Rowe said while he is a strong advocate for the nickel tax and “what it could do for our facilities in this district,” he believes COVID-19 has changed everything and now is not the time to ask more of the public.

“We have people right now, the last statistics I saw, almost one-in-four Americans are on some type of unemployment. We have people that can’t afford to feed their kids. We have people that are probably going to struggle to pay regular taxes, let alone a new tax,” Rowe said. “As big of a supporter as I am of the tax and what it could do with the match, I have to agree with Mr. Blankenship, I just don’t think it’s the right thing for us to be asking anybody in Lincoln County to be paying more when they’re struggling just to survive.”

Board Member Ricky Lane said it’s a different time than it was a few months ago.

“My heart doesn’t go out just for the people that are going to struggle to pay their taxes but all the small business owners too…,” Lane said. “…What we all know is the need and necessity for good, solid and great facilities for our kids and for the projection of this district for years and years to come, the need is still there. We’re inherently going to lose millions and millions of dollars of match money from Frankfort anyway, so it’s tough call on both sides…but, absolutely during this time period we can’t make this a debate about when it was, how we treated people then versus now. Everyone’s together in this and trying to show compassion for their neighbor and that’s just what I’m about, whether it’s us, small business owners, farmers, everybody…”

Board Member Bruce Smith said the public would possibly support the tax in the future if they knew where the money would be spent.

“This is the second time this tax has been tried and both times there’s never been a plan put out,” Smith said. “I think folks would possibly support it if they knew exactly what this money was going to be going for, to build new buildings or to do renovations and additions, because if you look at our current facility plan, we’ve got some buildings that desperately need some attention.”

The board voted 4 to 1 to rescind the nickel tax, with Hubble voting against the motion.

The Lincoln County Board of Education’s May 28 meeting is archived on YouTube on the LC Communications channel.

McGrath takes on Booker and Brohier in only scheduled Democratic U.S. Senate debate

Amy McGrath debated her two most prominent challengers Monday night on KET in the only scheduled debate among Democrats who... read more