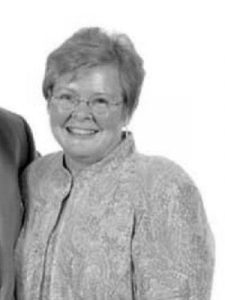 Margaret Carroll Francis Seifert, 75, of Hanover, IN (formerly of Stanford, KY) passed away on Monday, April 13, 2020. Born on November 17, 1944 in Brownsville, TX to the late Cabell D. Francis and Helen Carroll Francis. Margaret graduated from Transylvania University in 1966. She was the first woman in the United States to receive a Masters Degree in City Planning from Mankato State University. She followed this with a second Masters Degree in Library Science from Indiana University. During her career, she served as an Assistant Dean at Hanover College and then retired in 2015 after 32 years of service at Ivy Tech Community College at Madison, IN. She was a member of the Tri-Delta Sorority, Paul Harris Fellow Rotarian, PEO, Town Council President of Hanover, IN for 19 years, Chair of Finance committee of Hanover United Methodist Church for over 30 years, member of Historic Madison, served on the Board of Community Foundation for Jefferson County, IN, served on the Board of Girls, Inc. of Jefferson County, IN and was also named Person of the Year by the Jefferson County Chamber of Commerce.

Survivors include her husband, Greg Russell of Hanover, IN, to whom she was married in 2009; one brother, Cabell D. Francis II of Stanford, KY; one sister, Alissa Francis Horseman (David) of Stanford, KY; niece, Deborah Francis of Stanford, KY; nephews, Dave Francis (Jesse) of Cave Creek, AZ, David Horseman, Jr. of Catonsville, MD and Kelly Horseman (Allison) of Woodstock, KY; and eight great nieces and nephews.

In addition to her parents, she was preceded in death by her first husband, Ralph Louis Seifert, Jr., who passed away in 2006, and a sister, Deborah Helen Francis.

A private family service will be held on Thursday, April 16, 2020 at Buffalo Springs Cemetery in Stanford, KY. A celebration of life will be scheduled at a later date.

In lieu of flowers, memorials are preferred to: