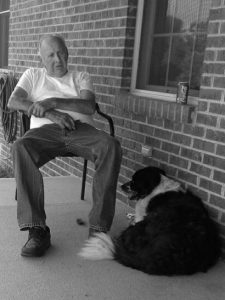 Leonard G. Banks, 83, of Stanford, KY passed away on Wednesday, April 8, 2020 at his home with his family around him. Born on November 19, 1936 in London, KY to the late Lee and Maxine Spencer Banks. He was a retired from the pipeline at the age of 45, where he was a heavy equipment operator. He was a member of local union 181 of operating engineers. He traveled and worked throughout all 50 states plus several countries. He spent 18 months working on the Alaska Pipeline. After retiring he became a full-time farmer. His enjoyment in life was his family, farm, cattle and tractor. He loved his extended family in New Mexico and Texas.

In addition to his parents, he was preceded in death by two sisters, Willa Gilbert and Georgie Cordier Todd.

A private family service has been scheduled for Friday, April 10, 2020.