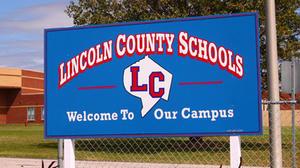 Fisher has been involved in coaching boys and girls basketball since 2001. He’s been a girls head coach the past four seasons, three at Webster County and this past season at Graves County where he was named All-Purchase Coach of the Year. His teams went 104-30 in those four years, averaging 26 wins per season. All four of those seasons, his teams played for the regional championship. Since 2017, his teams have collected four district championships, three regional runner-ups and one regional championship.

Fisher said his teams will preferably play a fast-paced style of basketball and press, but added he will adjust playing style to best suit his team roster. Fisher also thinks it’s important to develop the program at all levels. “I think it’s important to be teaching skills at the elementary level, then starting to implement our system at the middle school level, then once they get to us at the high school level they are ready to go. We won’t rebuild, we will reload because the girls will already know what to do when they get there.”

Athletic Director Tim Estes said, “We were blown away by Fisher’s resume. When you talk with him, even on the phone, you can sense his intensity and thoroughness. Everyone I spoke to about him in Western Kentucky talked about how tough his teams were mentally and physically, and how hard they played. I’m very excited to see what he does with the program.”