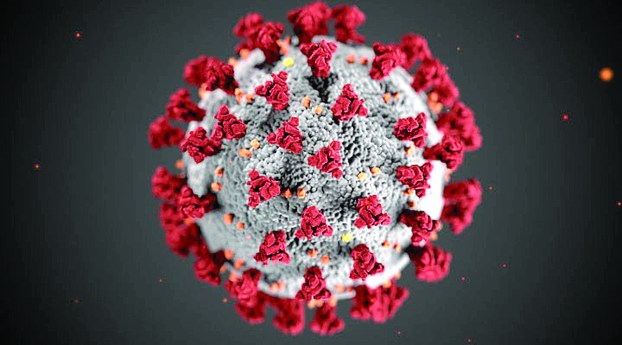 STANFORD – Gov. Andy Beshear announced the first positive case of COVID-19 in Lincoln County last week, but according to the Lincoln County Health Department, the individual lives in Mercer County.
That individual was likely tested in Lincoln County but lives elsewhere, according to Health Department Director Diane Miller.
Miller said she first learned about the case during the governor’s 5 p.m. press conference on April 2. The Lincoln County Health Department confirmed the case with the Department of Public Health in Frankfort following the press conference.
“Through further investigation conducted by this health department, it was (confirmed) that the individual was tested in this county but the county of residence was another county,” she said.
As of Tuesday at about 2 p.m., Miller said there were no identified positive cases of the novel coronavirus in Lincoln County.
That doesn’t mean Lincoln County residents should ease up on the recommendations for social distancing, she said.
Miller encouraged the public to continue with the following guidelines:
• Wash your hands often with soap and water, especially after going to the bathroom; before eating; and after blowing your nose, coughing or sneezing.
• Avoid close contact with people who are sick.
• Cover your cough or sneeze with a tissue, then throw the tissue in the trash.
• Clean and disinfect frequently touched objects and surfaces using a regular household cleaning spray or wipe.
Despite being back down to zero confirmed local cases, Emergency Management Director Don Gilliam said the county continues to plan and prepare as the number of cases in the state rises on a daily basis.
“We’ve had some people in Lincoln County that have been tested, but the problem is, depending on the test site, depending on who that site reports to, sometimes there’s a delay and that delay can be 12 hours or it can be four or five days,” he said. “So it wouldn’t surprise me if we came up with a positive that happened maybe three or four days ago. The problem is who this person’s been in contact with.”
If and when the government testing sites are open, hopefully testing will be quicker and easier, Gilliam said.
“Of course, the more tests you’ve got probably the more positives you’re going to get. But we’ve been extremely lucky,” he said. “You kind of hold your breath until you get the first one and then you just hope it doesn’t spiral out of control. Rockcastle (County) had one and then seems like they’ve had one every day since. Somerset was the same way.”
It’s a scary situation but we’re all in it together, Gilliam said.
“It’s not going to be easy,” he added.
The number of complaints regarding non-compliance of the governor’s executive orders have slowed down since last week, Gilliam said.
“It’s hard for families to stay apart, so you’re going to have some of that. Some of it’s not a big deal, some of it can be,” he said. “Everybody’s doing a pretty good job. We’ve talked to churches pretty regularly. We get calls about how they’re doing things and wanting to continue to do things, but everybody’s following protocol pretty well.”
He said there has been a learning curve.
“We had one store that was only allowing one person in at a time. Well, the problem you had with that is they were all congregating outside,” he said. “So we told them, maybe consider letting five people in at a time and use social distancing and that would cut down on the crowd and maybe tell the other people to stay in their car until someone came out.”
Gilliam said the main concerns are grocery stores – one of the few businesses allowed to remain open during this time.