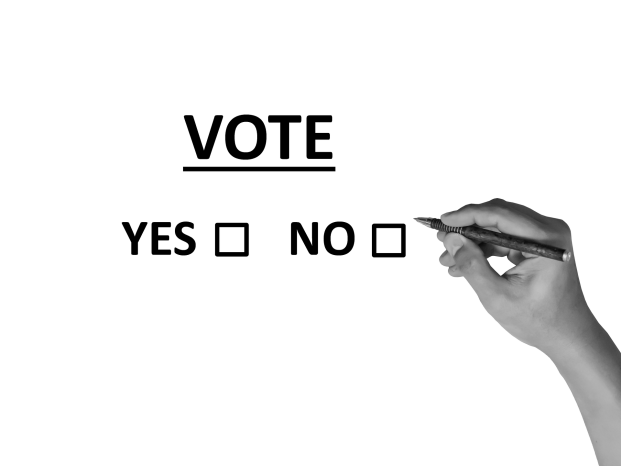 Recallable tax vote to be placed on 2020 Nov. ballot

STANFORD — When the Lincoln County School Board voted in a special-called meeting on Dec. 3 to place the recallable nickel tax on the ballot of the next regular election, there was uncertainty as to which election that would be – 2020 May primary or 2020 November general election.

Lincoln County Clerk George O. “Sonny” Spoonamore IV confirmed on Monday that the motion made will place the vote on the 2020 November ballot.

The board went to a vote on the recallable tax in the special-called meeting after a group of local citizens – Marvin R. Wilson, David T. Noland, Jenn Broadbent, Daniel Noland and Troy Payton, all of Hustonville – was successful with a petition to have the vote placed on a ballot, surpassing the 956 signatures required to do so by over 400 signatures.

The board, which had approved the General Fund Levy of 5.7 cents per $100 value of real property by a vote of 4-1 at its September meeting, had three options after the signatures were certified – rescind the tax, place it on the ballot in the next election or hold a special election.

During the special-called meeting, the board members discussed rescinding the tax levy and placing it on a ballot for the general public to vote on, but all agreed that they did not want to spend the district’s money on a special election for the recallable tax, which the board would have had to foot the cost of.

After a discussion of all the pros and cons of rescinding the tax or putting it on the ballot, board member Alan Hubble, who had the only no vote when the board approved the tax levy, made the motion to place the recallable tax on the ballot at the next regular election. Board member Win Smith seconded the motion and it passed 3-2, with board members Hubble, Smith and Bruce Smith all voting yes and board members Ricky Lane and Tom Blankenship both voting no.

The recallable nickel tax equates to $57 per year on $100,000 of property. These recallable funds are classified as restricted funds and can only be spent for major renovations of school facilities, security improvements, new construction, debt service and/or land acquisition (pursuant to KRS 157.420 (4)(b).

STANFORD — The recallable nickel tax approved by the Lincoln County School Board will be placed on the ballot in the... read more