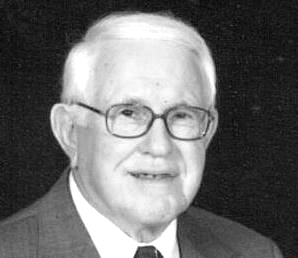 Born on April 8, 1929 in Lincoln County, he was the son of the late E.C. and Rowena Green Jeffries. He served as a Corporal in the United States Marine Corps and was a Korean War Veteran. He was manager for United Service Auto Parts for 22 years before owning and operating Jeff’s Auto Parts in Danville for 17 years. He was a member of Stanford United Methodist Church.

He was preceded in death by his wives, Ruby Carter Jeffries and Anna Lee Mercer Jeffries, and 2 infant sons.

He is survived by his son, Bob (Andrea) Jeffries of Stanford; two grandchildren: Holly (Tommy) Tapscott of London and Emily Slyh of Lexington; four great-grandchildren, Jacob and Hannah Tapscott and Camille and Carter Slyh; and a special friend, Ann Abell Jackson, of Stanford.

Funeral Service will be 2 p.m. Saturday at W.L. Pruitt Funeral Home by Bro. Ernest Martin and Bro. Jeff Bramel. Burial with Military Honors will be in Buffalo Springs Cemetery following the service.

Visitation begins at 11 a.m. and lasts until the time of service.

Guestbook is available at www.wlpruitt.com.

Elizabeth Trosper, 80, of Stanford, passed away Friday, November 1, 2019 at the Danville Centre for Health & Rehabilitation. She... read more