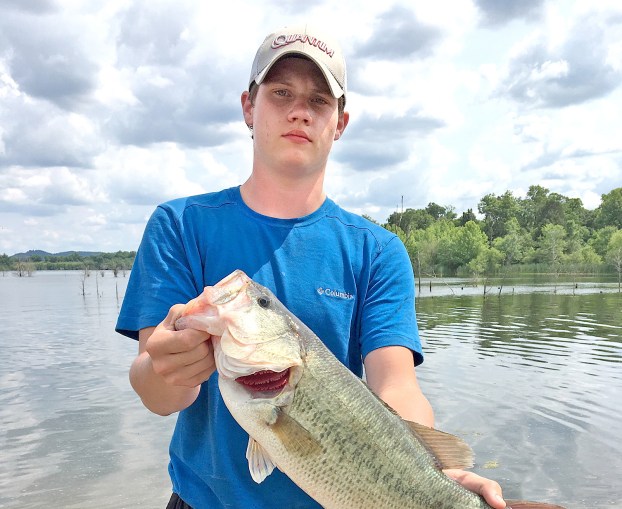 STANFORD angler Will Carnes will represent Kentucky Saturday as he competes in the Big Bass Junior Championship at Lake Pend Orielle, Idaho.

Will Carnes of Stanford has qualified to represent the state of Kentucky at this year’s Big Bass Junior Championship (BBJC).

Carnes will be competing against 48 other students that qualified from their respective states. He caught his qualifying fish on Green River Lake while fishing a Fishers of Men Legacy Tournament with his dad, Stan Carnes. The fish, which was released, weighed 5 lbs., 8 ounces, was 20-½ inches long and 14 inches in girth.

Carnes, a junior at Lincoln County High School, said he knew it was a nice a fish, his personal best largemouth, but he wasn’t aware that it would take him to Idaho. He is hoping to carry over his momentum from a big win at the Bradley Roy High School Open where he topped the over 200 boat field on Lake Cumberland on Oct. 14.

Tournament director Bill Siemantel of California, has worked tirelessly to make the BBJC a world class event. The young anglers are competing for over $250,000 in prizes and scholarships as well as being crowned the Big Bass Junior Champion.

Bassmaster will be hosting the weigh in on Facebook Live Oct. 19 at 3 p.m. PST.

DANVILLE — The Lincoln County boys soccer team fell to Boyle County Tuesday night in the opening round of the... read more