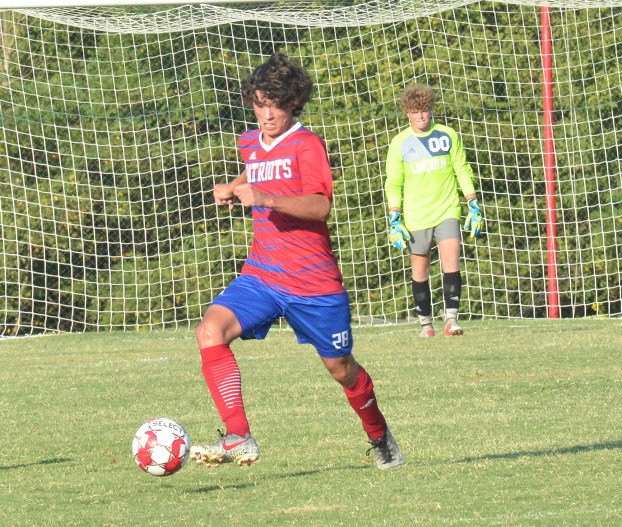 Photo by Nancy Leedy JACOB GOETZ, working the ball, goalkeeper Carter Tillett, back, and the Lincoln County soccer Patriots dropped their third game of the season Tuesday at Richmond Model.

The game was in a scoreless tie at the half.

The soccer Patriot seniors will be recognized before the team’s Saturday night game with Western Hills. Game time is 7:30 p.m.

STANFORD — It was a blue-ribbon kind of day for the Lincoln County Lady Patriot cross country varsity Thursday as... read more