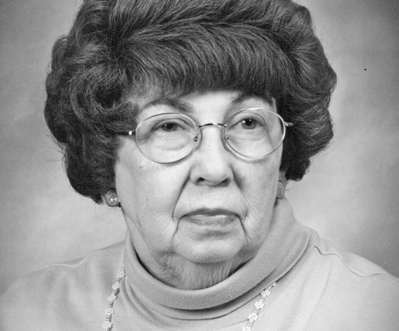 Born on August 3, 1926 in McKinney, Edith was a daughter of the late Carlton Emmett Mobley and Vasca May Elliott Mobley. She worked for Ben Franklin Store in Stanford for approximately 20 years. After the dime store, she later worked for Dollar General and Walmart in Stanford. Edith attended McKinney Baptist and later became a member of Stanford Baptist Church.

She was preceded in death by her parents.

A one-day service has been scheduled for Friday, September 27, 2019. Visitation will be from 11 a.m. to 1 p.m. at Spurlin Funeral Home in Stanford. Funeral will begin at 1 p.m. with Dr. Michael James officiating the service. Burial will follow at Buffalo Springs Cemetery in Stanford.