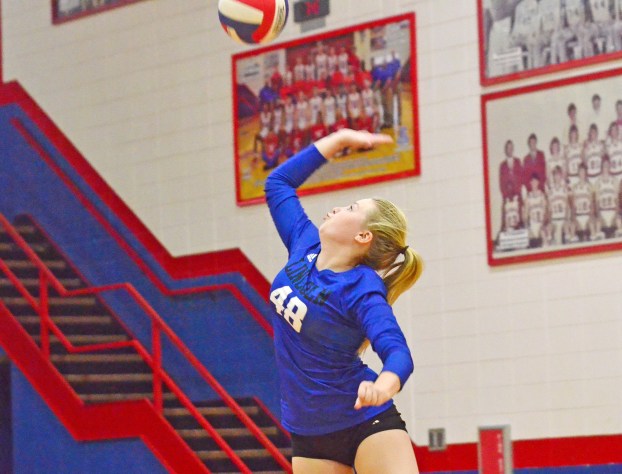 The Lady Patriots, who had been experiencing troubles serving, cut their service errors in half from previous outings Monday as they swept the rival Lady Lions 3-0 at LCHS.

Peyton Griffin had four kills, three aces and two assists for Lincoln in the win. Emery Bertram led in kills with six, Kasie Mullins had five and Jada Whited had two. Sarah Beth Grimes finished with 16 assists and four aces and Kaylynn Smith had two aces and a block.

Lincoln improves to 3-1 while Garrard falls to 0-4.

The Lady Patriots will be at home for their next three matches, hosting district foes Boyle County and Danville and regional rival Wayne County. Boyle will visit Lincoln today, Wayne comes in Tuesday and Danville takes the LCHS floor next Thursday. The freshman/jv/varsity tripleheaders all start at 5:30 p.m., with the varsity start set for approximately 7:30.