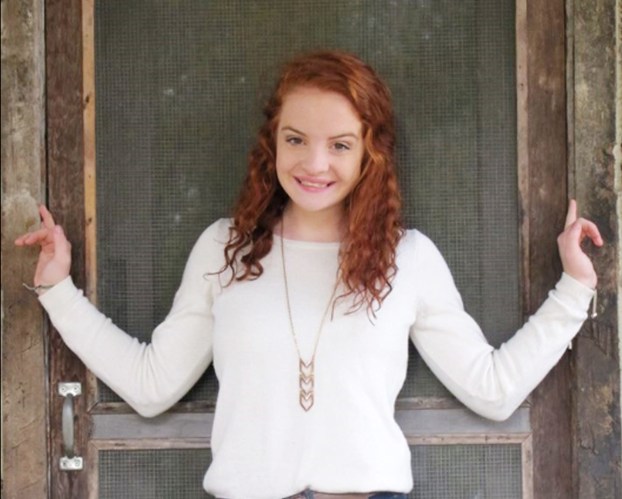 Molly Boyle of Moreland will be featured centerstage at the Kentucky Exposition Center in Louisville this Saturday, Aug. 17, as she competes in the Kentucky State Fair Talent Classic semifinals.

Boyle qualified for the state competition by winning the talent contest at the Lincoln County Fair in July. She will showcase her vocal talents before a panel of judges at 5:30 p.m. in the South Wing Conference Center.

The Kentucky State Fair Talent Classic provides the opportunity for young performers, like Boyle, to be recognized for their outstanding talent. All finalists will have the opportunity to work with a professional performer and choreographer before the final competition.

The Kentucky State Fair Talent Classic is a highly respected talent competition that has been a stepping stone for many young performers. As a semi-finalist, Boyle is among an elite group of competitors. Past finalists include Nicole Scherzinger of the popular singing group The Pussycat Dolls. The band charted many Billboard hits and their debut album “PCD” went double-platinum with Scherzinger singing nearly all of the lead vocals. After the Pussycat Dolls disbanded, Scherzinger won the coveted Mirrorball trophy on Dancing with the Star’s tenth season.

Other competitors have gone on to successful performing careers. Maggie Lawson starred with Justin Timberlake in ABC-TV’s 2000 movie “Model Behavior” as well as Family Channel’s movie “Love Rules” alongside Joseph Lawrence. Whitney Boyles was crowned Miss Kentucky 2000 and won fourth runner-up to Miss America in 2001. Beth Current, Kentucky State Fair Talent Classic’s 2009 winner, has toured with her band and performed at Warped Tour. From Broadway to studio work, many competitors have launched their careers at the Kentucky State Fair Talent Classic.