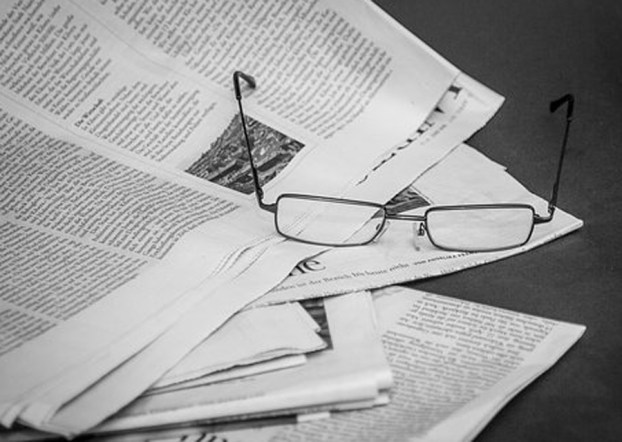 Who will face McConnell? McGrath stumbles as Broihier steps up

The very idea that Kentucky voters would turn out Senate Majority Leader Mitch McConnell next year, given his and their allegiance to President Trump, seems the stuff of fiction. But Amy McGrath made the all-but-impossible look possible in the first day of her Senate campaign last week, setting a first-day record of $2.5 million.

McGrath thus raised the prospect that the national following and fund-raising base that made her competitive in last year’s 6th District congressional race could give her enough money to effectively compete with McConnell until Nov. 3, 2020 – something no one has done since he was first elected in 1984.

But almost from the start on the day she was raising all that money, McGrath slipped, and then she fell. And now she’s in a primary, probably moving Democrats’ task back toward impossible.

In her softball debut interview on MSNBC’s “Morning Joe,” she said Kentuckians voted for Donald Trump because “they wanted to drain the swamp, and Trump said he was gonna do that. Trump promised to bring back jobs. He promised to lower drug prices . . . who stops the president from doing these things? Well, Mitch McConnell. . . . That’s gonna be, you know, my message, that the things that Kentuckians voted for Trump for are not being done – he’s not able to get it done, because of Senator McConnell.”

Yes, any road to beating McConnell runs through voters who don’t like him (a lot) and who like Trump (almost as many). But McGrath’s lines were jarring. She jumped from the specific (jobs, drug prices) and sort-of-specific (“the swamp”) to the very general (“the things,” not “some things”). That prompted some to say she was running as a “pro-Trump Democrat,” and she did sound like it.

I’ve known McGrath since she got into politics, so I took her lines to be a misapplied tactic, not reflecting fundamental strategy. But later in the day, she told Courier Journal political writer Phillip Bailey that she probably would have voted to confirm Supreme Court Justice Brett Kavanaugh, because his alleged sexual misconduct happened so long ago – then reversed herself hours later, “upon further reflection and further understanding of his record.”

Last fall, when McGrath was running in a reddish-purple House district, she indicated that she opposed Kavanaugh. Starting a statewide run in overwhelmingly red territory, she went the other way. Now that was really jarring. And then she took it back.

McGrath said she made a mistake and disappointed many people. It sounded like she got so much pushback from her base that she had to reverse course for fear of losing a significant part of it.

It’s anybody’s guess how much the flip-flop hurts her fund-raising base, but we can make a better guess about what it’s done to her other big political asset: authenticity, real or perceived. It is damaged, and some Democrats are calling for another candidate, either to defeat her or shape her up.

But the devil is in the details, which McGrath’s pratfall showed. And is Jones willing to give up the valuable platform he has built for himself?

Likewise, would second-place gubernatorial primary candidate Rocky Adkins give up re-election to the state House, where he is minority leader? Would state Senate Minority Leader Morgan McGarvey of Louisville do likewise? It’s hard to see the combination of money and motive that adds up for either.

Enter Michael Broihier (pronounced “Broyer”), who announced his candidacy Thursday. Like McGrath, he is a retired Marine lieutenant colonel and entered politics with an evocative video aimed at national, small-dollar fundraising.

He accuses McConnell of labeling and dividing Kentuckians, and not helping most of them, and says he says he wouldn’t vote to confirm any judge who doesn’t say Roe v. Wade is settled law.

But what makes him think he can beat McGrath, much less McConnell?

Broihier came to Lincoln County to farm 15 years ago, and wrote such a good letter to The Interior Journal that the Stanford weekly hired him, and then he became editor. Recently, he’s been a teacher. He says he and his wife Lynn, another ex-Marine, have put all their assets into his campaign.

Asked if he is Don Quixote, an idealistic character on a hopeless quest, Broihier said his former commander in Somalia, informed of the effort, evoked another novel, telling him, “You are and always will be my Ishmael” – the narrator of Moby Dick, and sole survivor of the final attack by the white whale.

Beating Kentucky’s political Moby Dick has the makings of a great story. But in the end, only one of the Democrats will be his adversary, and before that, they may harpoon each other. In the novel, the whale wins.

Al Cross (Twitter @ruralj) is a professor in the University of Kentucky School of Journalism and Media and director of its Institute for Rural Journalism and Community Issues. His opinions are his own, not UK’s. This column was originally published by Kentucky Forward.

Not so long ago, motorists would zip by their favorite pizza joint, furniture store or tax filing office — only... read more