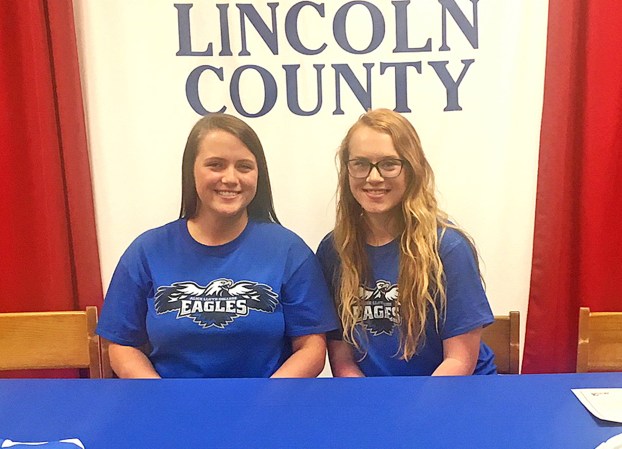 STANFORD — Kallie Phillips and Whitney Coulter completed their high school softball careers when the 2019 Lincoln County High School season came to an end in the 45th District Tournament on May 29.

But that final game has not marked the end of their softball careers, with both Phillips and Coulter signing to play softball for Alice Lloyd College.

The 2019 LCHS grads signed their letters of intent surrounded by coaches, family and friends during a signing ceremony held prior to the end of the school year.

Phillips was Lincoln’s starting catcher. She played in 31 games her senior season and had a batting average of .389. Phillips was 37-for-95 at the plate, with eight doubles and two triples. She had 18 RBIs on the season.

Alice Lloyd, which is located in Pippa Passes, plays in the River States Conference. The Eagles softball team posted a school record 12 wins in the 2019 season.