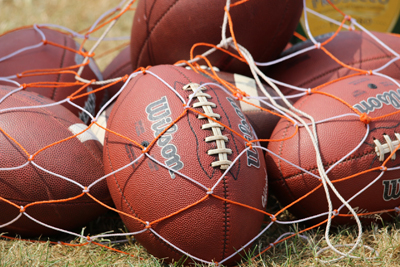 Pat football to compete in Class 4A

STANFORD — The new alignment for high school football goes into effect with the start of the 2019 gridiron season.

When the Kentucky High School Athletic Association’s Board of Control released its football alignment for the 2019-22 seasons, Lincoln County was among several schools making a move in classes.

The Patriots have played in Class 5A for several years but, starting this season, they will be playing down a class in Class 4A.

Gone are Lincoln’s long-running District 7 rivals Pulaski County, Southwestern and South Laurel. Those three schools remain in Class 5A but have been moved to District 8 along with North Laurel and Whitley County.

In Class 4A, the Patriots will play in District 7. Their new district foes will be Corbin, Knox Central and Wayne County.

Corbin, which moves up a class, finished as Class 3A state runner-up last year, edged by Central 20-19 in the championship game. The Redhounds finished 13-2.

Knox Central and Wayne both played in Class 4A previously. The Knox Central Panthers finished 10-4 last season, reaching the state semifinals. The Wayne County Cardinals finished at 8-4 overall and made it to the second round of the state playoffs.

Lincoln finished 7-5 in Spencer Crutchfield’s first season as Patriot coach. The Patriots made it to the second round of the Class 5A state playoffs.

The Patriots open the 2019 season Aug. 23 against Woodford County in the annual Death Valley Bowl.

Hodge to bowl for CU-Harrodsburg