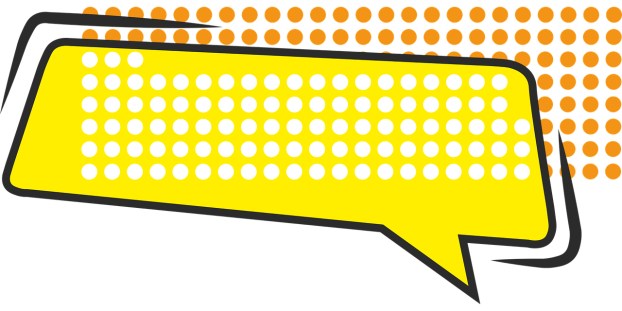 Kentucky’s strong ethics law should be model for nation

The U.S. Court of Appeals for the Sixth Circuit recently put its stamp of approval on Kentucky’s legislative ethics law, sending a clear signal for strong public ethics laws across the nation.

Kentucky’s ethics law was challenged in a lawsuit filed by John Schickel, a state senator from Boone County.

In his lawsuit, Schickel claimed he has a right under the U.S. Constitution to accept lobbyist-funded meals, beverages, and campaign contributions, all of which are prohibited by Kentucky’s ethics law, enacted 26 years ago in the wake of the BOPTROT scandal.

Schickel lost his lawsuit in a unanimous decision by a panel of judges appointed by Presidents G.W. Bush, Jimmy Carter, and Donald Trump.

The federal court ruling is an important message to the other 49 states, hundreds of cities and counties, and to the U.S. Congress, that they can adopt strong ethics laws like Kentucky’s and help public officials and lobbyists avoid corruption.

To understand why Kentucky is a national leader in legislative ethics, it’s helpful to know some history:

For over 80 years after the adoption of our state’s 1891 Constitution, the governor dominated state government in Frankfort. The General Assembly was a part-time afterthought, meeting for less than three months every other year.

The governor had all the power, so lobbyists and special interests went to the governor’s office when they wanted to influence state policy. Legislators did not have a significant role in governing the commonwealth.

Starting in the 1970s, legislators took more responsibility for making the state budget and other policies that affect their constituents. With increasing responsibility came more involvement with lobbyists.

There were very few ethics rules, so lobbyists could wine and dine legislators, take them on trips, fund their campaigns and exert influence in ways not available to citizens and small businesses who don’t have the resources to employ paid lobbyists.

In the early 1990s, when wining, dining, trips and cash were connected to public policy decisions, legislators and lobbyists broke federal laws and the FBI investigated. Lives and careers were ruined, people went to prison and public confidence in the General Assembly plunged to an all-time low.

In 1993, the remaining members of the General Assembly passed the nation’s strongest ethics law to change the culture in Frankfort, and help future generations of legislators, lobbyists and citizens avoid the type of corruption that undermines the public’s faith in government.

Kentucky’s law bans lobbyists from giving campaign contributions to legislators and legislative candidates. That means our state’s legislative elections do not include the outrageous money chasing that Washington D.C. lobbyists and members of Congress engage in on a year-round basis.

The 1993 law also created the independent Legislative Ethics Commission, which includes nine citizens and no sitting legislators. In every other state and the U.S. Congress, ethics issues are handled by committees which include members who are judging their legislative colleagues, creating a public perception that legislators are not held to a high ethical standard.

Schickel was the only one of 138 legislators to vote against the stronger ethics law.

When he lost that vote in the Legislature, Schickel went to federal court, claiming he has a constitutional right to take meals, beverages and campaign contributions from lobbyists.

Schickel made this claim even though Kentucky taxpayers pay legislators a daily salary plus $163.90 a day, seven days a week, for meals and lodging when the General Assembly is in session. Taxpayers pay so their legislators will not have to rely on outside interests to pay their legislative expenses.

During the interim between sessions, Schickel and all legislators receive a salary and are reimbursed for meals, mileage and lodging for each day they attend a legislative meeting, plus they receive $1,788.51 per month to pay for other legislative expenses. Also, Schickel and 137 others have won legislative elections without receiving campaign money from lobbyists who are paid to influence them on public policy.

In response to Schickel’s lawsuit, Kentucky taxpayers have paid $37,000 (and more if Schickel appeals) for the Attorney General to defend the ethics law.

Fortunately, at this point, Schickel has lost and Kentucky’s ethics law is strengthened by the powerful ruling of the U.S. Court of Appeals that our state’s law is consistent with the United States Constitution.

For 26 years, the ethics law has helped Kentucky avoid the legislative corruption that has plagued most other states. In those years, no Kentucky legislator has been indicted or convicted for misusing his or her public office, while dozens of legislators in other states have gone to prison.

All Kentuckians can be proud of that record. In light of the federal court ruling, the U.S. Congress and state and local governments across the country can seriously consider creating new ethics laws and strengthening their current laws to help prevent corruption.

Bad drivers are worse when distracted

Psst — I will let everyone in on a little secret that only a few people know: I have a... read more