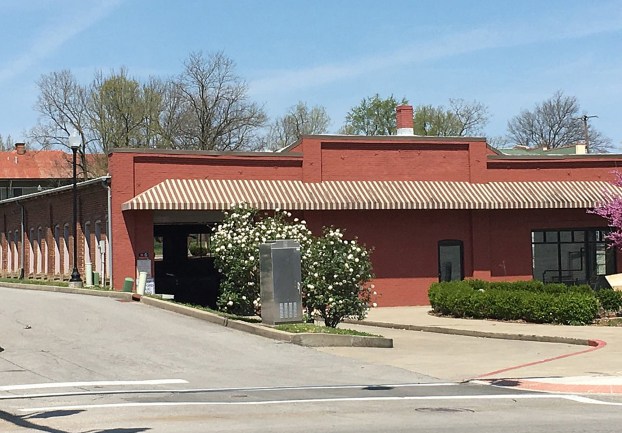 STANFORD — The Willy’s Overland Parking Garage in downtown Stanford is getting a new owner.

The Stanford City Council voted to consider selling the property at 218 West Main St. in April and approved listing it as surplus property and putting it up for bid as is in May. Included in the bidding process was the stipulation that the property, which was purchased by grant money, remain a parking garage and be open to the public.

In the June council meeting, the sealed bids or rather bid was opened. The loan bid of $63,450 from First Southern National Bank (FSNB) was accepted by a unanimous vote as council members Ella Mae Curlis, Ronnie Deatherage, Sara Givens, Peggy Hester and Dalton MIller all voted yes.

Deatherage strongly urged the council to accept the FSNB bid before a motion was made to vote on the issue.

The city came into possession of the property on Jan. 10, 2002, after two years of wrangling, which included a condemnation lawsuit, with the James W. Cherry family over the property. The city bought the 10,000 square foot building and lot for $95,000, capping two months of negotiations. The structure, which was purchased for the purpose of allowing public parking and a small display room, was considered structurally sound but cosmetically dilapidated.

Over time, however, the building has fallen into a state of disrepair, with the structure becoming a safety hazard. A portion of the garage was closed in April due to the possibility of collapse.

According to Stanford Fire Chief Scott Maples, the walls on the right side of the public parking garage were already buckling. He estimated approximately $50,000 or more would be needed to remedy the situation. He said the four concrete piers, which the steel rafters sit on, were in fair condition but that the walls in between the piers were the problem.

With the sale of the property, the city avoids the cost of repairing the structure, which by estimates provided by VanHook Architectural Services in the FSNB bid amounted to around $115,000.

A breakdown of the repairs needed and the subsequent costs folllows:

As stipulated by the invitation to bid, the FSNB bid included its plans for the current Memorial Park in front of the parking structure.

“We respect and honor those officers and service men who have given their lives in service to us and also those who are currently serving,” Mayor Scottie Ernst read from the bid letter. “We would suggest that to help facilitate the sale of the property that a move of the memorial elements (flag poles, memorial stones and markers and memorial bench) currently on the property be relocated to a publicly-owned property, i.e. city or county owned parcel within the downtown area to facilitate public access and community commitment to it.”

In the bid proposal submitted by David Sullivan for FSNB, plans for the structure were outlined.

“We would propose no substantial changes to the primary structure, or its use as a parking facility,” Ernst read. “However, we currently would make no commitment to a specific use determination for the other portions of the property as private, public, or commercial at this time. It would be our intention to facilitate business activities in, around and associated with the property to affect a positive economic impact for the city and city business climate for this downtown area or Main Street.”

The FSNB bid did propose that three designated spots be “reserve parking” to serve adjacent property and business needs. It also mentioned the elimination of one parking space to accommodate the addition of an exit door to Mill Street.

Immediately upon the agreed transfer, FSNB was to begin evaluation and design of the needed repairs. Any corrective work related to safety would begin within 60-90 days.

STANFORD — Looking to have a fair time next week? In just four days, Lincoln County residents and other visitors... read more