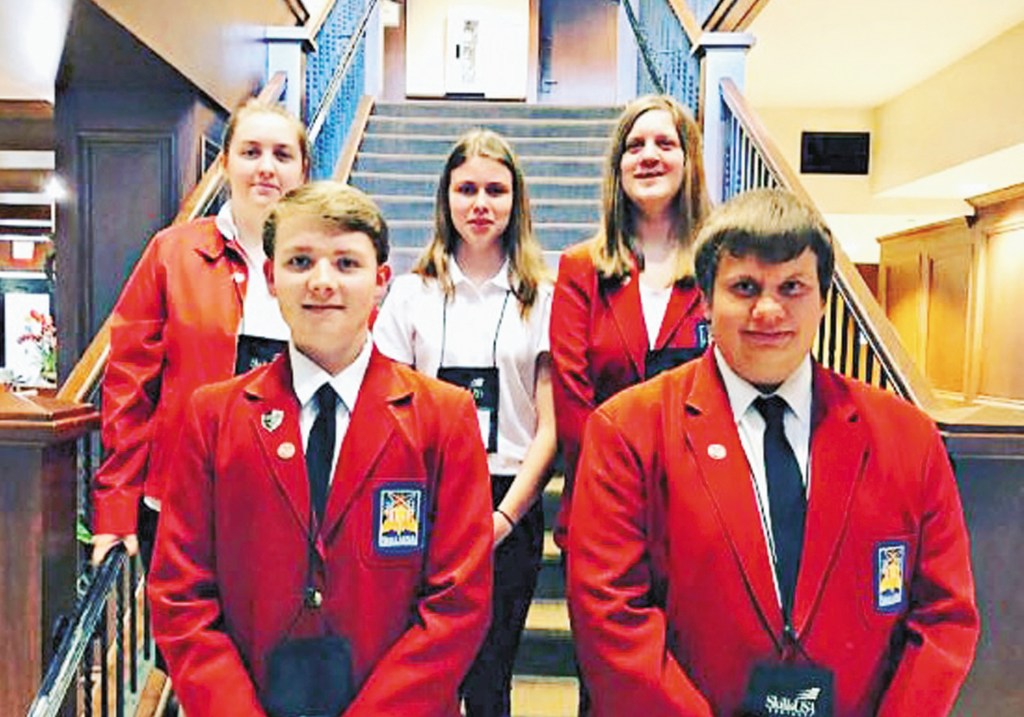 The Lincoln County High School SkillsUSA Club participated in the recent SkillsUSA and Leadership State Convention held at the Crown Plaza in Louisville.

During the convention, SkillsUSA Club members competed in contests pertaining to their field of training.

Representing the Lincoln County Area Technology Center were Marcus Cummins, Kali West, CassidyGreer and Donavin Ledford. Cummins competed in Cabinet Making and Design, West competed in Wood Sculpture, Greer participated in IT Services, and Ledford took part in Job Skills Demo A. Also attending was Maria Hull ,who volunteered to serve on the Core Committee while there.

When the competition reached its end, Marcus Cummins had won first place in Cabinet Making and Design, and West was the runner-up in Wood Sculpture. During the convention, Cummins and Ledford also completed the Statesman Award.

Greer, speaking on behalf of the Lincoln club members, explained what made the biggest impression on her while attending the SkillsUSA competition.

“All the people! Especially students. And they all had a skill they excelled in,” she said. “Competition was fierce but the atmosphere was friendly and everyone was having such a great time. They had a lot of fun stuff for us to do between competitions. I never knew how much fun an event like this could be.”

SkillsUSA is celebrating its 50th anniversary this year.