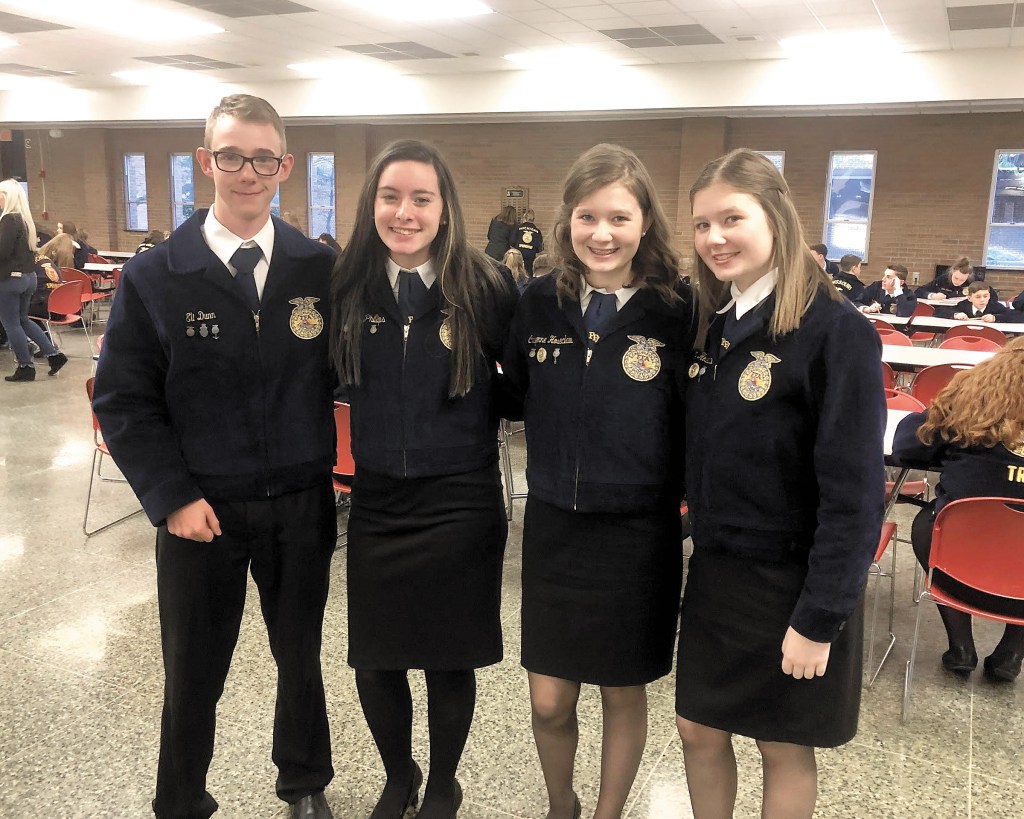 Everything has a story; I have a story, you have one, and so does the Lincoln County High School Future Farmers of America (FFA) Chapter.

For over 40 years now, the LCHS chapter has grown bigger, stronger, and closer together. FFA itself started with a group of ag teachers at what is now known as Virginia Tech. They thought the boys needed a club for them, as well as the girls having a club, too. The boys club first began as the FFV (Future Farmers of Virginia) and the girls as the Future Homemakers of Virginia. Later on in 1928, that proud organization of the FFV became the FFA. Also in that year, 33 delegates from 18 states came together to form the very first FFA National Convention in Kansas City, Missouri. Even in 1969, they allowed girls to be a part of this outstanding organization.

Throughout the course of the past 91 years, FFA has grown to over 650,000 members nationwide and over 170 of them belong to the Lincoln County chapter.

Through this past year of 2018-19 this chapter has had numerous achievements. From heading to FFA Camp in July to the 91st annual National Convention, and everything in between, this chapter has displayed excellence on so many levels.

At the national contest, the local chapter had the amazing opportunity to see Garth Brooks live in concert.

Finally, at Adair County Paperwork Day, the Jr. Conduct of Chapter Meetings Team placed first to reach state. Lindsey Phillips will be representing the LCHS chapter for the Lake Cumberland Region as the Regional Vice President.

FFA may seem all business, but we know how to let loose and have fun.

In January, the local chapter took over 50 people to Orlando, Florida, to see Universal Studios. The chapter also had an FFA Olympics at the school and a ceremony and meal for all members of the chapter in the spring and winter.

Dedicating our time for what is best for our members is just about as much fun as you can get.

FFA is an eye-opening organization that is good for all people, of all backgrounds, for everyone. It’s for me, it’s for you, and it’s for the future of our nation. After all, we believe in the FUTURE OF AGRICULTURE!