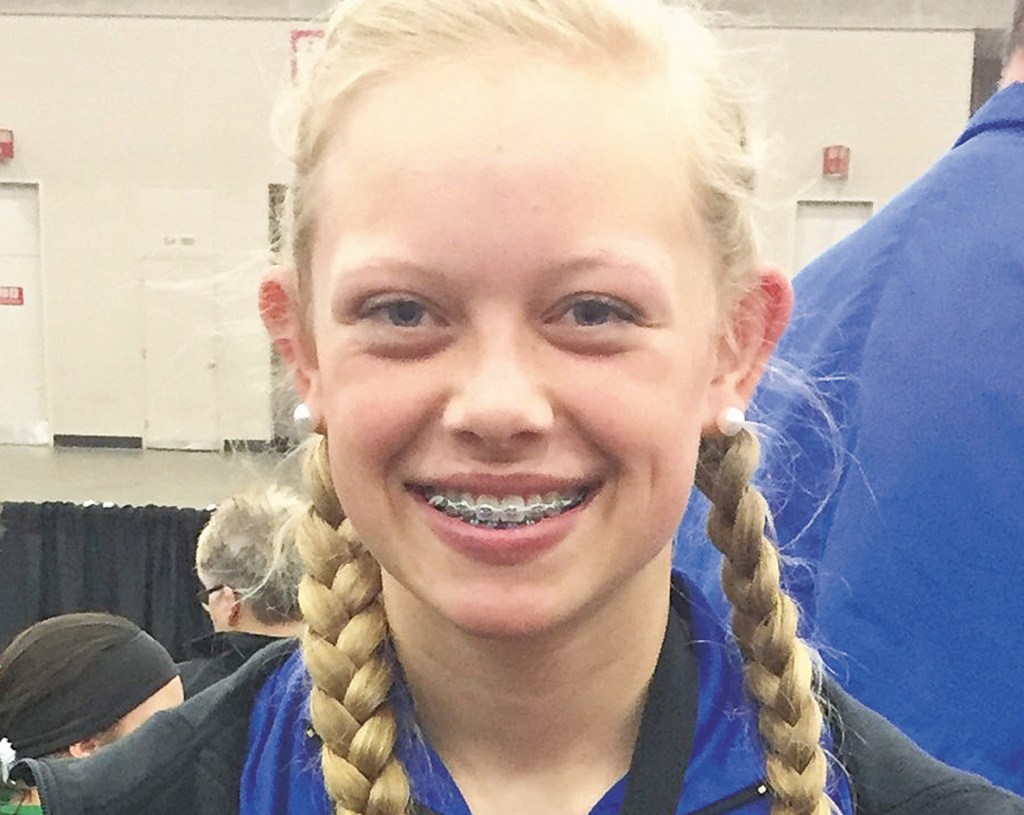 MCKENZIE SETTLES won the girls divison in the Titan 3D tourney and was Lincoln’s top scorer.

The Lincoln County High School archery team scored a decisive win in the Mercer County Titan 3D Tournament at Harrodsburg over the weekend.

The top six Lady Patriot and Patriot archers combined for a team score of 1,708 to claim the win. The team from George Rogers Clark High School finished a distant second with a total score of 1,527.

McKenzie Settles, an LCHS sophomore, had Lincoln’s top score, the overall best girls score and the second-best score of the day at the competition, winning the girls division with a 290, with 22 tens. The only shooter to best Settles’ score was Justin Luttrell, a Casey County High School junior, who won the boys title with a 292. He had 24 tens.

Gavin Fowler, also an LCHS sophomore, scored the Patriots high for the shoot, finishing as runner-up to Luttrell with a 285. Fowler had 18 tens.

The Lincoln girls all but shut out the competition in their division by claiming nine of the top 10 spots. Settles got the one spot and Emmalee Patterson finished as runner-up with a 286. Megan Martin clinched third-place with 282, Alideya Paul was fourth with 273, Alexis Adams was fifth with 271, Madelyn Durham was sixth with 269, Brooklyn Garrett placed seventh with 263, Sierra Downey was eighth with 262 and Madilyn Clarkson was ninth with 256.

Clark County freshman Madyson Berry denied Lincoln a sweep of the top 10 by clinching 10th with a 252.

The Lincoln boys also scored well in their division, with six Patriots in the overall top 10 shooters. Garrett Robertson claimed the Patriots’ second best score of the shoot with a 284 to earn himself fourth place. Mason Gastineau placed sixth overall with a 281, James Shaddox finished right behind him in seventh with 280, Bret Edgington was next, scoring eighth with 274 and John Hughes was ninth overall with 273.

LCHS had a total of 21 archers competing in the weekend shoot. Rounding out Lincoln’s team effort were: