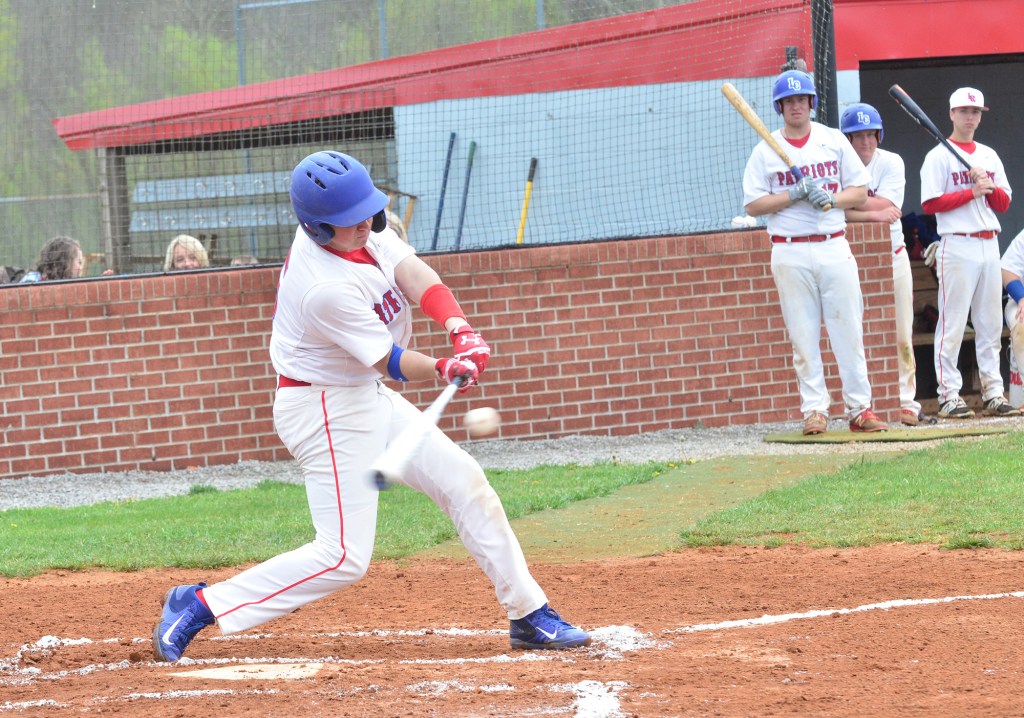 Photo by Nancy Leedy BRADY MARTIN had two hits and scored three runs for Lincoln in Tuesday’s 11-7 win against 45th District rival Garrard County. The two teams met in a rematch Wednesday at Garrard. Results were unavailable at press time.

The Bat Patriots tagged 14 hits off Garrard pitchers Hudson Cornett and Andrew Dailey. Tanner Smith and Mykah Turpin were both 3-for-3 at the plate for Lincoln, with four RBIs for Turpin. Brady Martin, Devin Lawhorn and Sawyer Carrier had two hits apiece.

Shane Brown, the winning pitcher, gave up seven runs off three hits in 6-1/3 innings with three walks and 10 strikeouts.

After falling behind 7-4 after two innings, Lincoln’s defense shut out the Garrard offense and the Bat Patriot offense took over. The Bat Pats scored three runs in the bottom of the third inning to tie the game at 7-7, then tallied three more in the fourth to go on top to stay, 10-7. Lincoln added an insurance run in the sixth.

The Bat Patriots were down 2-0 when they took their first atbat, but they answered with four runs in the bottom of the first to go up 4-2.

Kelley Bastin, courtesy runner for Carrier, scored four runs for Lincoln in the win, Martin scored three runs and Hon and Lawhorn each had two.

Hon came on in relief for Brown in the seventh.