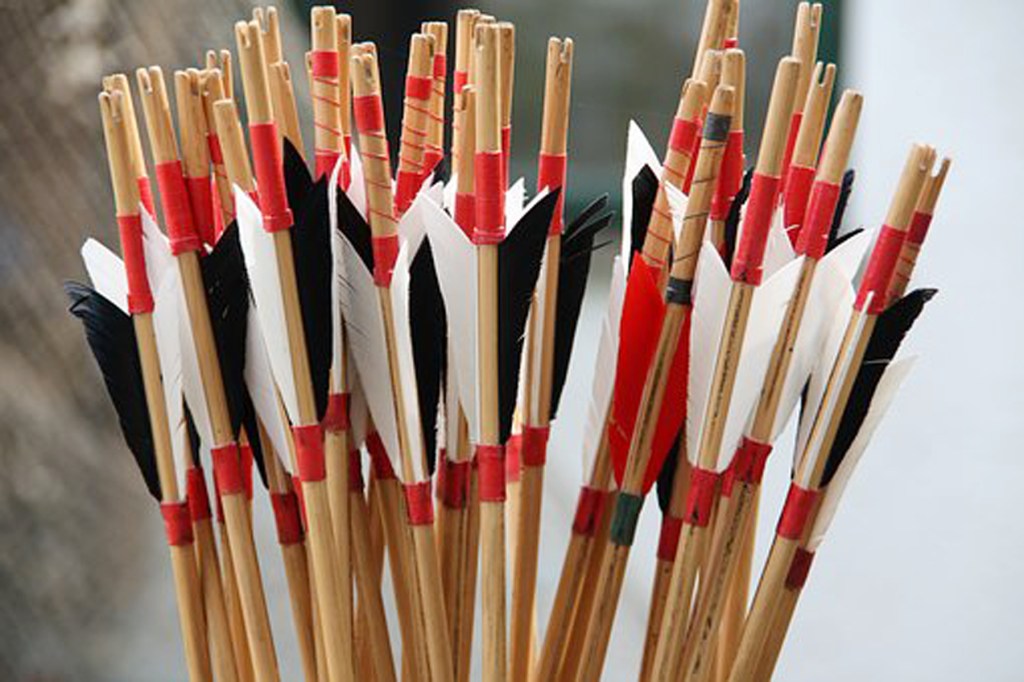 LOUISVILLE — With a record 7,039 student archers representing more than 450 schools converging on the Kentucky Exposition Center in Louisville for the Kentucky National Archery in the Schools Program (NASP) State Tournament, it was easy to get lost in the crowd.

However, the Lincoln County High School archery team found a way to stand out in the crowd of archers by claiming the runner-up spot in the NASP/IBO 3D Challenge and by taking third place in the Bullseye State Tournament.

The co-ed Lincoln team posted a score of 1,711 to finish in second place in the 3D Challenge and had a team score of 3,430 in the bullseye tournament for third.

The 3D challenge differs from the traditional bullseye state tournament in that archers shoot at six lifelike foam targets depicting various game animals. The 3D targets are set in a diagonal line from 10 to 15 meters and the scoring rings are the same size and shape of the rings on standard NASP bullseye targets. In the bullseye competition, archers shoot 15 arrows at bullseye targets from 10 meters and 15 more from 15 meters. Each target has 10 scoring rings and the bullseye is worth 10. The highest possible score is 300.

LCHS sophomores Gavin Fowler and McKenzie Settles led the local archers in the 3D Challenge, with both placing fourth in their respective divisions.

Fowler had Lincoln’s high score in the competition, shooting 291 to place him fourth out of 333 high school boys. He was one of three archers with a 291, but Fowler claimed third on tens. He had 23 and the other two, Ernest Walls of Bullitt Central High School and Michael Bishop of Anderson County High School, had 22 and 21 tens, respectively.

Settles earned her fourth in basically the same scenario in the girls division of 291 shooters. Settles, Ally Smith of Lafayette High School and Grace Hofstetter of Simon Kenton High School finished the competition tied with a score of 289, but Settles emerged with the higher placement with 21 tens compared to 20 for Smith and 19 for Hofstetter.

Bullitt Central took the team 3D Challenge title with a 1,728. Trigg County finished behind Lincoln in third place with 1,708.

Settles also garnered fourth to lead Lincoln in the bullseye tournament. This time Settles rose to the top in a field of 1,145 female shooters. And again she edged out Lafayette’s Smith for the higher spot. The two shooters each shot 293 but Settles had 25 tens while Smith had 23.

Mason Gastineau led the Lincoln boys in the bullseye tournament. The LCHS sophomore shot a 293 to place him ninth out of 1,221 shooters.

Finishing ahead of Settles in girls bullseye were Paige Robbins, a sophomore at Simon Kenton High School, Holly Snow, a Simon Kenton junior, and Sarah Palmer, a Henry Clay High School senior. Robbins won the state title with a 295 and Snow and Palmer both shot 294.

In the boys division, the top four shooters were Justin Luttrell of Casey County, Anderson’s Henry Thompson, Wolfe County’s Colten Arnett and Hopkins County Central’s T Sanchez. Luttrell, a junior won with 298. Thompson was second with 297, Arnett, a senior, was third with 297 and Sanchez placed fourth with 296.

Lincoln County High’s complete team scoring follows with each shooter’s name followed by their scores for 3D Challenge and then Bullseye.

Teams from Lincoln County Middle School, Stanford Elementary and Waynesburg Elementary also competed in the state tournament. The scores from each of the teams follow, with 3D Challenge scores listed first ahead of bullseye.