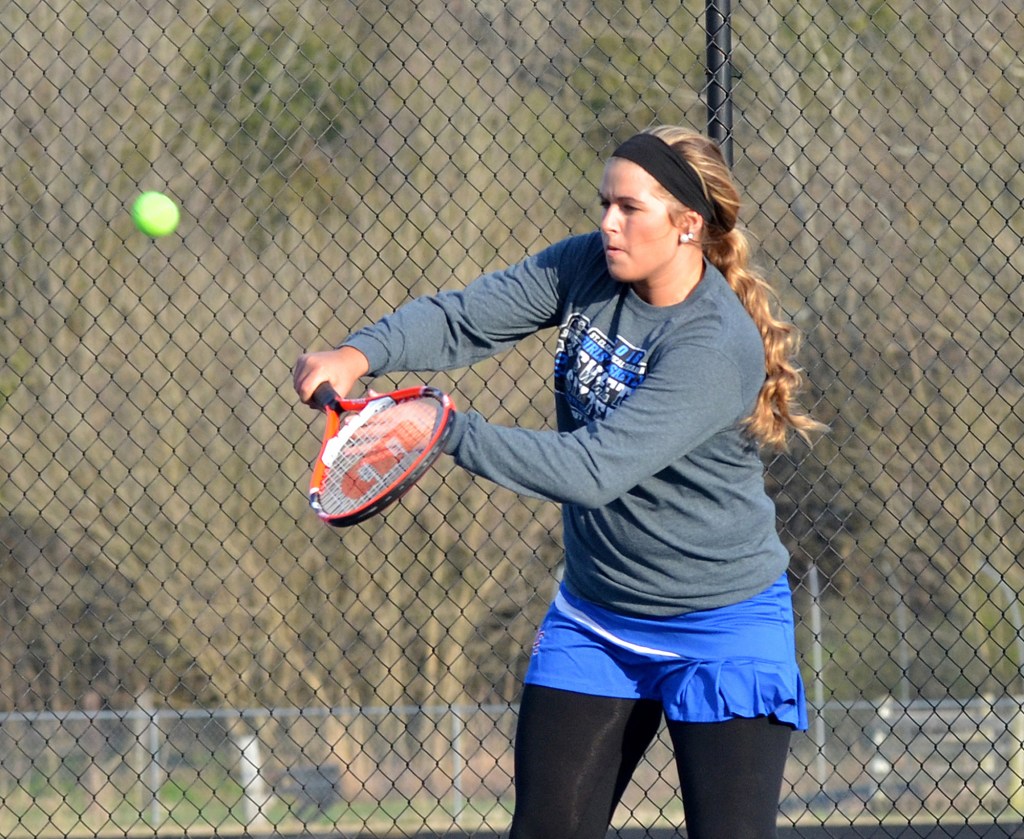 File photo by Nancy Leedy LINCOLN COUNTY senior Kaitlynn Wilks, shown in a 2018 match, got the 2019 season off with a win, teaming up with Raelyn Amon to win the one-seed in girls doubles Tuesday.

The Lady Patriot and Patriot teams both won by a score of 3-2.

Southwestern outscored Lincoln in singles competition 2-1 in both divisions, but the Lady Patriots and Patriots both swept doubles play.

Lincoln’s No. 1 girls team of Raelyn Amon and Kaitlynn Wilks posted the largest margin of victory for the day in an 8-1 win over Southwestern’s top team of Paige Daniels and Hailee Jordan.

Emily Byrd and Grace Muse, playing at the two seed for the Lincoln girls, netted an 8-5 win in their match, topping Lady Warriors Terae Handlos and Bethany Jordan.

The Lincoln girls scored their third win of the match at the three seed in singles, with Abby Hale getting the “W.” She defeated Southwestern’s Mary Shaw 8-4.

On the boys side, the doubles teams of Carter Story and Kade Bandura and Gavin Fowler and Baylor Mattingly courted victory.

The Story/Bandura team defeated Southwestern’s Cameron Pierce and Luke Jacobs 8-4 at the one seed.

Fowler and Mattingly took the court in the two-seeded match and posted an 8-2 win over Clark Lemon and Camden Harris of Southwestern.

Like the Lady Patriots, the Patriots picked up their lone singles win at the three seed. William Hawkins collected the win by a score of 8-2 over Southwestern’s Quinn McGuire.