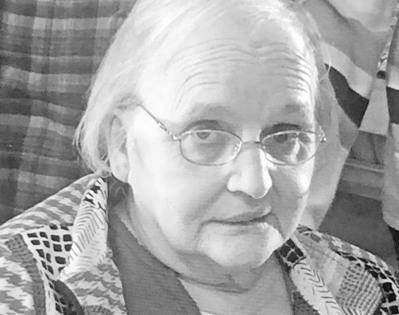 Born Monday, November 21, 1938, in Stephensport, Janie was the daughter of the late Phillip Sherman and Dollie Marie Basham Roberts. Her loving husband, whom she married January 4, 1958 and preceded her in death March 8, 2010 was George Edward VanHook, Sr.

Janie worked as a seamstress at Palm Beach and Cowden’s Manufacturing in Stanford for many years. She also was devoted to caring for her husband for over 20 years until his passing. Janie was a member of Eubank Baptist Church, where her and her husband previously served as youth leaders at the church. In her spare time, she enjoyed sewing, cooking, gardening, and canning.

In addition to her husband and parents, Janie was preceded in death by three grandsons, Trace VanHook, Dale VanHook, and Josh VanHook; one brother, George Junious Roberts; and one infant sister.

The family would like to thank Cumberland Nursing & Rehabilitation Center, Lake Cumberland Regional Hospital ICU and Jean Waddle Hospice of Lake Cumberland Care Center for their excellent care of Janie.