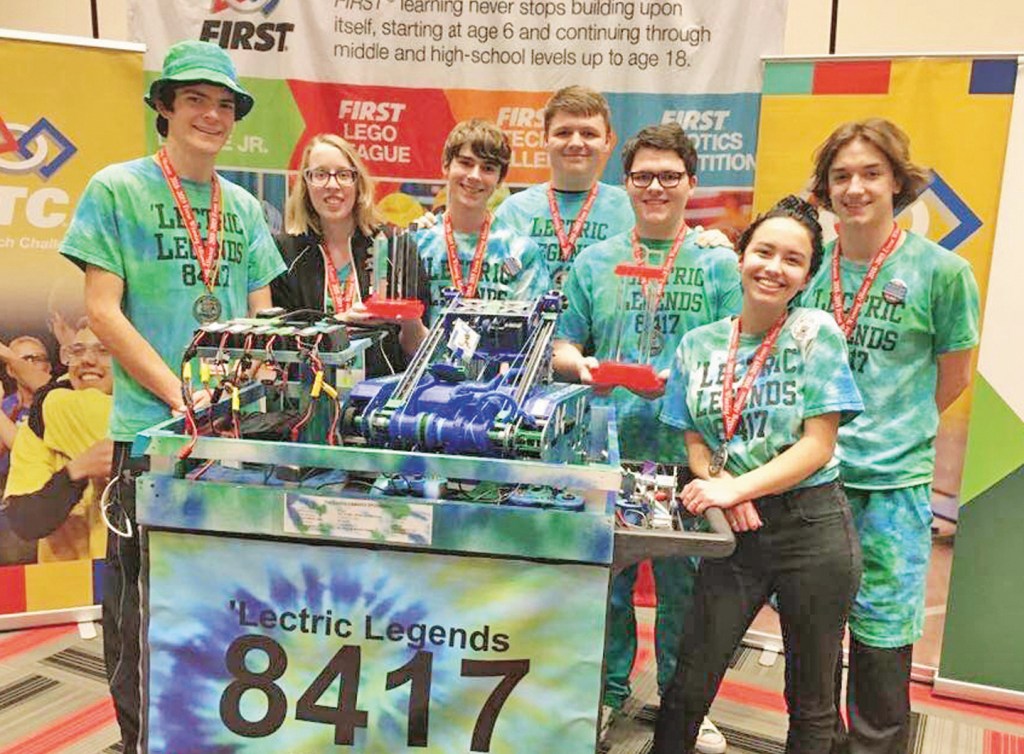 Thirty teams from four states, Arkansas, Indiana, Kentucky, and Ohio, competed for the coveted Winning Alliance Captain title. ‘Lectric Legends also, along with Pixelated, FTC Team 12836 from Granger, Ind., posted 427 points, the second highest score in the world as of that competition date. The following weekend, they succeeded in winning the robot game (Winning Alliance Captain) at the Tennessee State Championship held at Middle Tennessee State University against teams from Tennessee, Arkansas, Alabama, and Ohio. Winning two state championships is a huge feat!

The ‘Lectric Legends have designed, custom built, and programmed their robot for this “Rover Ruckus” FTC season. They will be competing in Detroit, Mich., on April 24-27, with 159 other teams that represent less than five percent of all registered FTC teams worldwide (to put that into perspective – 18 percent of NCAA Division 1 basketball teams make it into the NCAA tournament). It is quite an honor to make it to FTC Worlds!

The team is made up of homeschool students from the Central Kentucky area. The team is working to raise the $2,000 registration fee for the World Tournament. If you would like to donate, please visit their page at https://www.gofundme.com/robo8417

If you would like to know more about FIRST and the team, visit their team website at www.lectriclegends.org