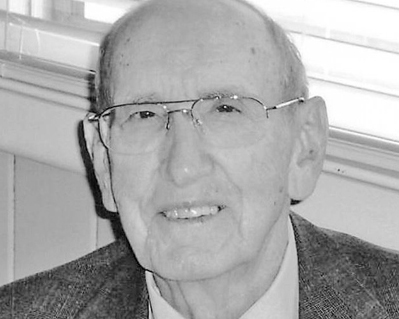 Victor was born Friday, November 23, 1923, in the Green River Community, Kentucky; he was a son of the late Joseph D. and Fanny Ann Moore Carrier. He was the widower of Lois Mae Denham Carrier, whom he married February 14, 1948 and preceded him in death on June 11, 2011. Victor was an ironworker for Local Union 44. He was a member of Stanford Church of Christ and attended Parkside Christian Church in Mt. Washington, Ohio. Victor served in the Army in World War II (Panama Canal), US Demolition Expert, Military Police and a Marksman.

Victor leaves behind one daughter, Vickie Michelle Taylor (Mark) of Cincinnati, Ohio; two grandchildren, Nicholas Taylor and Brittany Taylor, both of Cincinnati; and several beloved nieces and nephews who mourn his passing.

Funeral services will be held at 1 p.m. Friday, Feb. 15, at Fox & Friend Funeral Home with Mr. Louie Hammons officiating the service. Burial, with full military honors, will follow in Buffalo Springs Cemetery. The visitation will be held 11 a.m.-1 p.m. Friday at the funeral home.