Put the keyboard down; back away slowly!

Words — and the weight of what they actually mean — seem to be forgotten in our world of tweets, posts, status updates and sound bites.

As a society, we seem to have purged from our memory the old adage to “think before you speak” — or to update it for the 21st Century — before you type. Many of the individuals who have the biggest platforms open their mouths far too quickly and come across as tone deaf on important issues facing our communities and our citizens.
Examples are everywhere, but Gov. Matt Bevin served up a perfect one this week when he only half-jokingly chided and ridiculed many Kentucky school districts for their decision to close due to extreme cold conditions.

Bevin, who home-schools his nine children, absolutely missed the mark when he decided to undermine our school leaders. There is nothing “soft” about putting our children’s safety first.

Another great example is the Trump administration and its officials’ comments about the impact of the government shutdown and how employees working without pay just needed to take out loans or try to “work along” with the grocery store when they couldn’t afford to put dinner on the table.

This showed a clear detachment from reality and a decided lack of understanding of how a large percentage of Americans live paycheck-to-paycheck.

Words also get us in trouble as we rush to be outraged and condemn others, often not looking at the big picture or thinking about the impact of what we are about share with the world.

The video of the students from Covington Catholic as they interacted with the Native American march in Washington, D.C., might just be the most extreme illustration you could ever find. This post went viral on social media, with tens of thousands of people rushing to judgment based on the tiniest sliver of video.

Many people basically advocated violence against these teenagers, made death threats against their families and proposed other steps to essentially ruin their lives.

Then, the whole picture emerged.

The issue became far less black and white as to who did what, where the blame should have fallen and if there are far
more sides to the story than there initially appeared.

All we can do is realize that our words have power and carry weight. They can tear people down, inflict deep wounds and become a catalyst for irreparable division.

We all need to think before we speak — or text, type, update or post — because words are important and powerful.

Michael Caldwell is publisher of The Interior Journal. He can be reached at (859) 759-0095 or by email at mike.caldwell@theinteriorjournal.com.

‘Don’t put off until tomorrow what you can do today’

Skin cancer risks and ways to protect yourself this summer 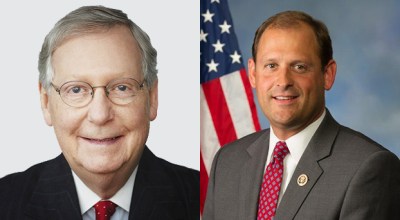 McConnell and Barr: Thoroughbred racing is well-positioned for the future. Here’s why

Easier than ever to stay informed