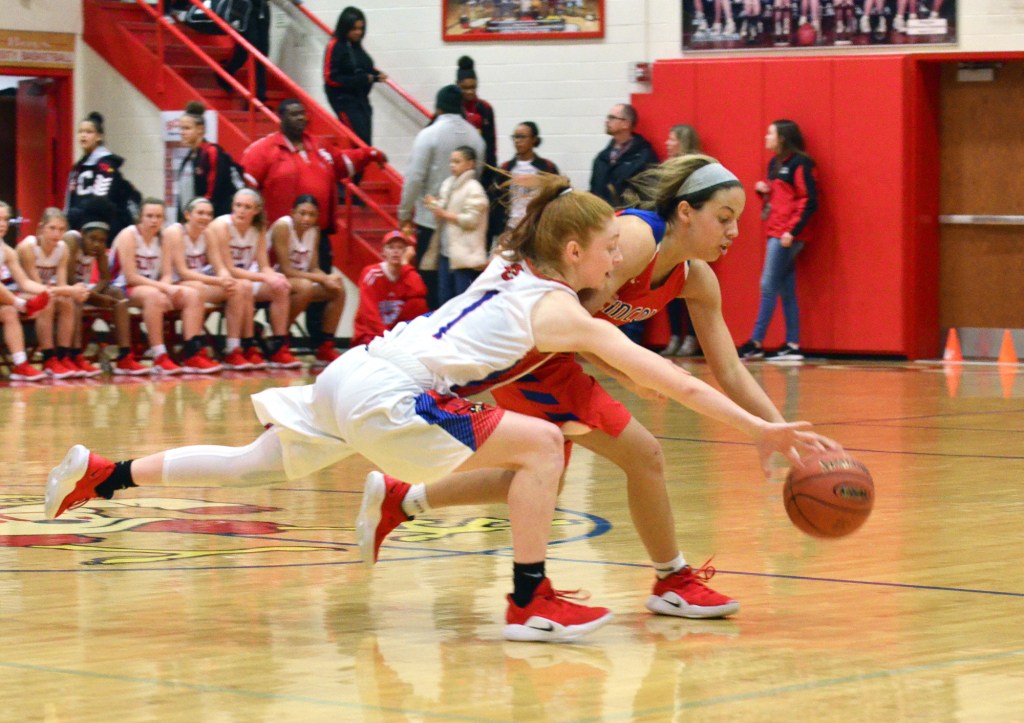 The Lincoln County girls basketball team completed its sweep of the Toyota Classic with a 65-52 victory over Simon Kenton Saturday at Scott County High School.

The Lady Patriots were the only team to go 3-0 in the round-robin event, collecting wins over host Scott County and George Rogers Clark before claiming the champion’s trophy with the Simon Kenton victory.

Maddy Boyle had 20 points on 8-for-11 shooting to lead the Lady Patriots as they sealed the sweep with their 12th win in a row. Kaitlynn Wilks had a double-double in the win, scoring 15 points on 6-for-8 shooting and grabbing 12 rebounds, and Haleigh Releford came off the bench to score 10 points on 4-for-7 shooting.

Meanwhile, Lincoln’s offense was on a roll, outscoring Simon Kenton 20-0. Wilks started the run with a three-point play, Boyle followed with a 3-pointer, Wilks went back to the line for a foul shot and Boyle added a layup. Releford closed the first quarter with a putback for a 15-5 Lady Pat lead. Wilks opened the second-quarter scoring with a bucket, Boyle added a 3-pointer and layup and Shearer also drove inside to extend the margin to 24-5.

Morgan Stamper, who led Simon Kenton with 17 points on 7-for-13 shooting, and Maggi Jones, who had 15 points on 6-for-19 shooting, both had a field goal in the first three minutes of the first quarter. The Lady Pioneers would not score their next field goal until just 3:31 remained in the first half. Vickers, who had 11 points, nailed a 3-pointer to end the string of misses and make it a 24-9 ballgame.

The Lady Pioneers never threatened the Lady Pat lead in the second as Lincoln closed on another run, a 13-4 surge. Releford rang up two 3-pointers in the run and Shearer had a 3 and a layup and Napier hit a jumper to make it 37-13 at the half.

Simon Kenton would outpoint Lincoln in the second half, however, the 39-28 margin was not enough to overcome the Lady Patriots’ early lead.

Lincoln took a 51-29 lead into the fourth quarter. Simon Kenton had its highest offensive effort in the final frame, outscoring Lincoln 23-14.

The two teams were even on the boards at 33. King had seven rebounds for Lincoln and Releford had six. Simon Kenton was led by Stamper with nine rebounds.