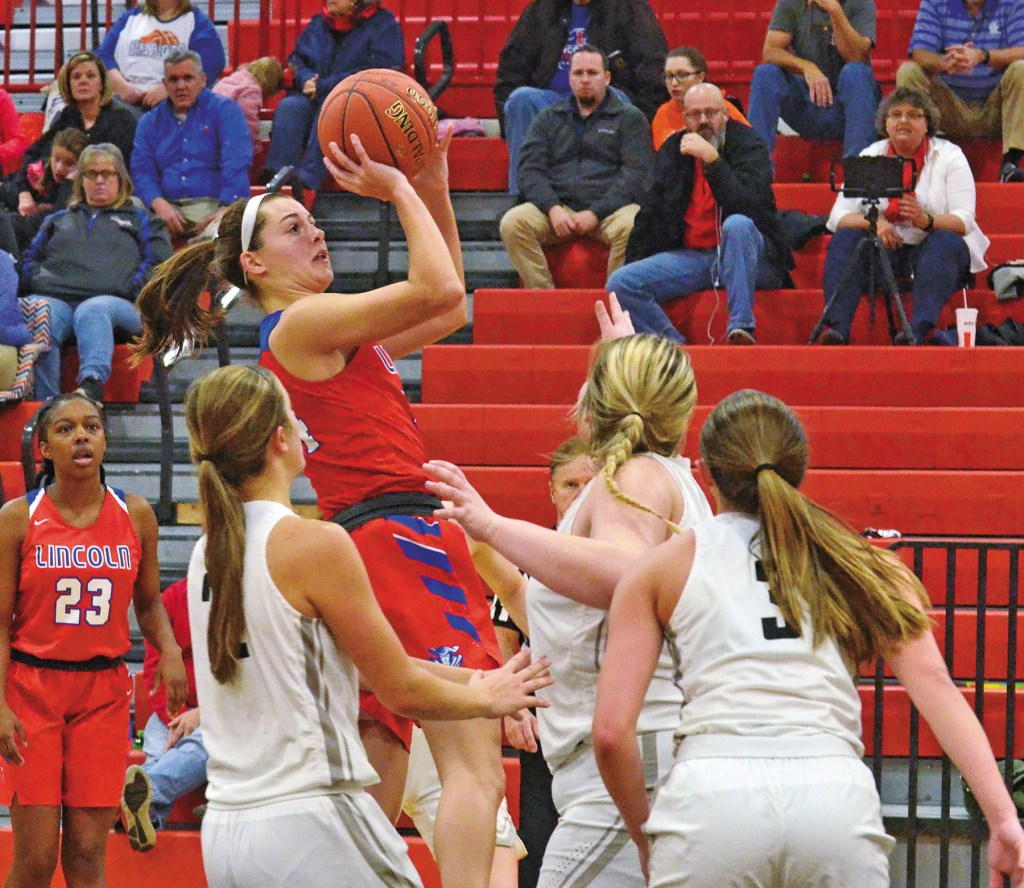 When the Lincoln County girls basketball team departed Stanford for the Rock Holiday Classic in Orlando, Florida, the Lady Patriots were looking for a repeat run in the post-Christmas tournament.

The last time Lincoln played in the tournament in 2012, the Lady Patriots went undefeated to claim the tourney’s top prize, with Sydney Harris named MVP.

The Lady Patriots delivered with the repeat.

The Lady Patriots looked like they were on their way to another big win in the final, leading by as many as 16 points. But the ladies of Notre Dame Academy (Ohio) would not go down without a fight, rallying late. The rally just fell short, though, as Lincoln pulled out the 63-62 victory for the title.

No game or scoring stats were available from any of the games.

The Lady Patriots returned from Florida Monday and will kick off the new year at home tomorrow night, hosting Danville in a 45th District girls/boys doubleheader. The Lady Pariots’ game with the Lady Admirals is set for a 6 p.m. tipoff, with the Patriots vs. Admirals. to follow at approximately 7:30 p.m.