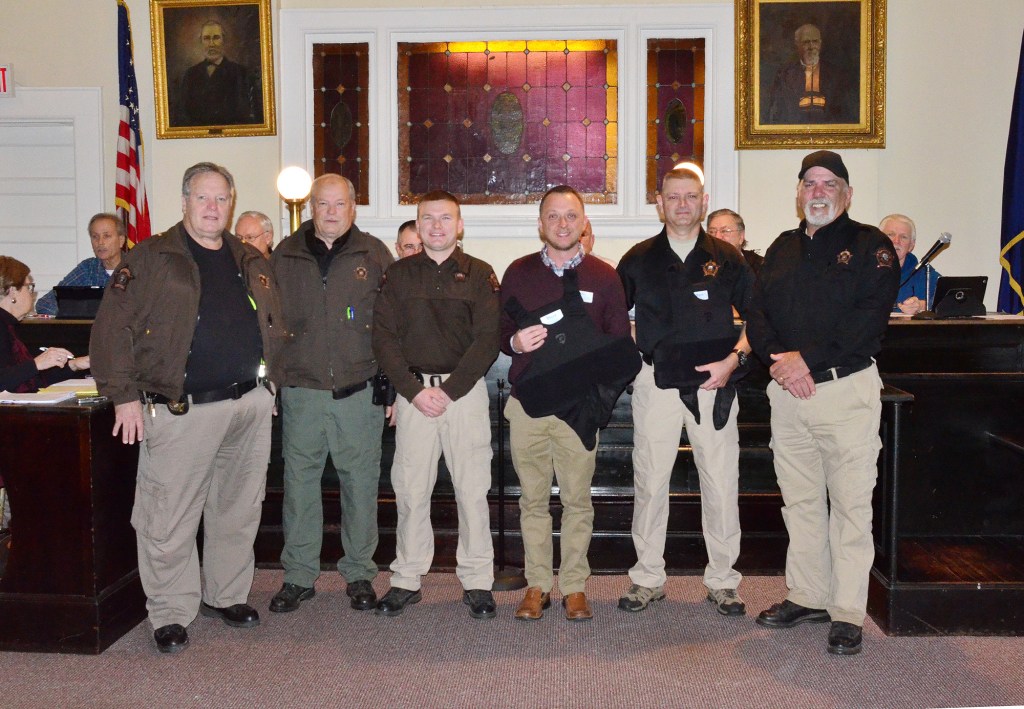 STANFORD — The Lincoln County Sheriff’s Office has received a donation of bullet-proof vests for two deputies from Commonwealth Credit Union.

“I reached out to them because a couple of us need a new vest. They’re expired. They only have a five-year shelf life to them,” K9 Deputy Michael Mullins said before the Lincoln County Fiscal Court. “So I reached out to them. They got back with me and agreed to buy two of them, These vests will replace the old, outdated ones.”

Mullins said the cost was $700 for both of the bullet-proof vests.

Bobby White, Marketing and Community Relations Manager at Commonwealth Credit Union, was on hand to make the presentation of the vests during the Nov. 13 meeting of the fiscal court.

“We were glad to do it,” said White. “Our mission at Commonwealth is to better life and it’s always great to be able to partner with a company or organization or group that is doing the same thing. We’re happy to help out.”

“It’s an honor to give these two vests to the department.”

On hand from the sheriff’s office to accept the new vests were Sheriff Curt Folger and Deputies Dan Gilliam, Mike Mullins, Sim Thacker and Michael Mullins.