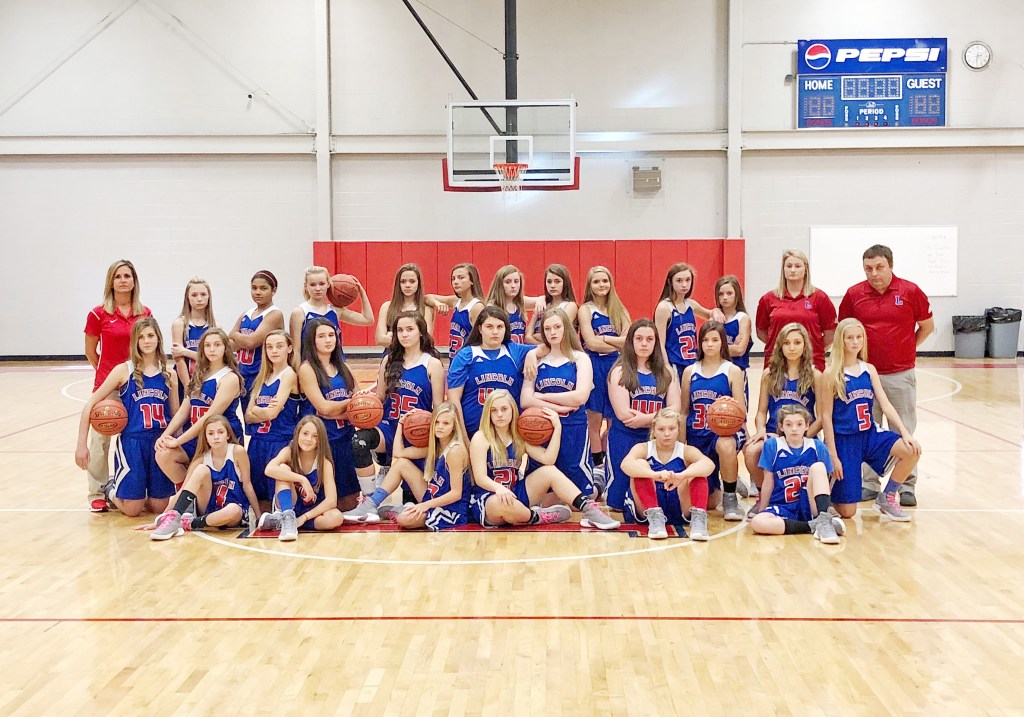 The seventh-grade Lady Eagles, led by coach Chansler Gilbert, came oh-so-close to claiming a state title. Lincoln rode a 5-0 run into the championship game in its division, but Whitley County would be the team’s undoing as the Lady Colonels topped the Lady Patriots 32-24 in the Kentucky Basketball Commission (KBC) State Tournament final.

Lincoln, which was undefeated until the title game, held a 22-19 lead at the end of the third quarter, but Whitley outpointed the Lady Eagles 13-2 in the final frame to earn the championship trophy.

Lincoln earned its spot in the tourney final with a 25-24 nailbiter win over Pulaski Southern Middle School.

The semifinal edger would be the only down-to-the-wire game for the Lady Eagles. They put up double-digit victories in the other wins, with their largest margin of victory 35 points, a 48-13 win over Casey County in Pool Play.

Scores from their other games were a 34-6 opening win over Bourbon County, a 40-27 win against Caudill Middle, and a 42-31 win over Anderson County in the Elite 8 round.

Lincoln (21-2) scored double-digit victories until they ran into North Laurel. The Lady Eagles could not muster the offense needed to take down North Laurel, falling 42-29 to the eventual state champion.

Lincoln, which is coached by Danny Griffin, opened tourney play with a 32-20 win over Pineville Middle School and a 52-18 victory over Southern Middle of Lexington. The Lady Eagles defeated Paris Middle 46-20 in the Elite 8 round and topped Jackson County Middle 37-25.

All three LCMS girls teams reached the Elite 8 in the KBC state tourneys, with the eighth-grade team rounding out the trio.

The Lady Eagles, coached by Rebecca Shearer, saw their tourney run end in the Elite 8 round of the KBC State Tournament as Meece Middle School knocked Lincoln out of contention with a 51-32 win.

Lincoln (18-8) scored a 49-22 win over Elkhorn Middle School in the opening round of Pool Play, then followed with a 34-20 win over Valley Middle and a 40-18 rout of Whitley County Middle.