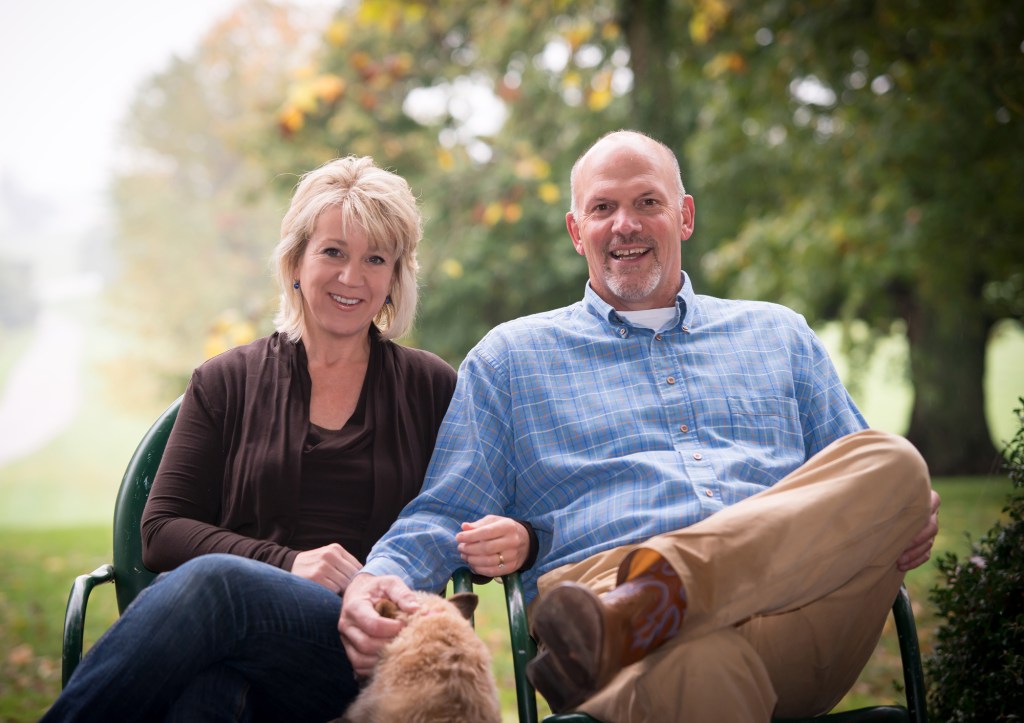 Photo contributed Jess Correll, at right, a Somerset native is an inductee into the Kentucky Entrepreneur Hall of Fame.

STANFORD — A man of tremendous faith. A great civic partner. An entrepreneurial spirit.

Those are just a few of the phrases that local and statewide leaders have used to describe businessman and banker Jess Correll.

But they aren’t the only ones to recognize those traits. This week Correll joined the ranks of Kentucky’s most successful entrepreneurs as he was inducted into the Kentucky Entrepreneur Hall of Fame.

Inductees are chosen based on variety of attributes including revenue and profit growth, entrepreneur activity or visibility, innovativeness of product or service offered, contributions to community-oriented projects and society, creating jobs and contributions to their industry.

In a press release from the Entrepreneur Hall of Fame, the 62-year-old native of Somerset is described as “an entrepreneur at heart and a creative, visionary leader.”

Correll’s banking story began at the age of 26 when he purchased his first bank. Today, he remains a founding member and chairman of the First Southern Bancorp, Inc. He also serves as Chairman and Chief Executive Officer of UTG, an insurance company headquartered in Stanford and is co-owner of The Bluebird, a farm-to-table restaurant also located in Stanford.

From the restoration of many historic buildings, to the support of several charities and local causes, Correll’s impact can be seen across the City of Stanford.

“They’ve (Jess and his wife, Angela) supported so many worthy projects that we’ve had in the city over the years,” said Stanford Mayor Eddie Carter. “To have him as a partner, it’s made our Main Street so unique.”

Carter said he’s known Correll for 30 years and no amount of success has changed him or his business approach.

“He’s just stayed down to earth and the same Jess Correll that I knew 30 years ago,” Carter said. “I wouldn’t think there is anyone more deserving than Jess Corell to be honored.”

“It’s not only in this community. He’s got banks in many, many communities and he tries to support those communities too. It’s not just Stanford.”

Carter wasn’t the only person to acknowledge Correll’s dedication to other communities across the state.

“For Jess, it is about much more than just making a profit in business,” said State Rep. David Meade (R-Stanford). “It’s about investing in the lives of others and improving the communities where his businesses are located.”

“He’s a great civic partner who has invested countless dollars of his own money into Lincoln County and Stanford,” Adams said. “His entrepreneurial spirit lives on through him and we look forward to his continued support and endeavors.”

Correll’s passion for giving goes beyond the local realm and led to the creation of The River Foundation, a private foundation that gives to Christ-centered organizations, both locally and throughout the world. Correll serves as President and Chairman of the foundation. He also sits on the board of Friends of the Good Samaritans, the National Christian Foundation and the Centre College Board of Trustees.

A love of banking

Since 1982, Correll’s love of banking and helping people make important financial decisions has expanded across the state of Kentucky.

“I love the banking part of what we do. We have a chance to serve so many people at a time when they’re trying to make crucial decisions. If we can be a little bit of a counselor and help in those times, it’s very rewarding,” he said. “And just to have people trust you with their finances, that’s a big deal. People are the greatest part of our business.”

Correll said he’s “standing on the shoulders of many” and it takes a great team to make it all work.

Much of Correll’s entrepreneurial inspiration comes from his parents, he said, who always encouraged him and his siblings to “love God and serve people.”

“My father was a business man and both mom and dad encouraged us to work for ourselves, even if it meant making less,” he said. “I come from a long line of folks that had a lot of entrepreneurial stirrings in their heart.”

When it comes to bank employees, Correll said he encourages the same “work for yourself” environment.

“When the company does well, we want them to do well,” he said. “I think that’s one of the main things, at our bank our staff members are shareholders. I think that’s a really big thing when they get to benefit from all of their work and effort.”

That approach is one that is appreciated by many employees, according to a statement released by the “First Southern Family” in response to Correll’s induction into the Entrepreneur Hall of Fame.

“Working for the First Southern Family of Companies just isn’t going to work every day, it’s spending each day with family. We are so thankful for and proud to know Jess Correll. His passion for loving others and investing in the community shines bright and is contagious. Congratulations, Jess.”

When it comes to giving credit, Correll said any success he’s had is thanks to his Heavenly Father.

“More than anything else, I thank my Lord,” he said. “Every gift is a gift from Him.”

Being inducted into the Entrepreneur Hall of Fame is an honor in itself, Correll said, but to be inducted alongside his close friend and mentor, the late Don Ball, Sr., is the greatest honor.

“Don was just a wonderful person. He built several homes across Kentucky for people recovering from drug addiction, I mean he just did so much,” Correll said.

Joe Craft, also one of the 2018 inductees, has been a close friend and mentor, as well, he said.

“That’s the greatest honor, just to be with these inductees. It’s an honor to have your name in the same group as those,” he said.

A love of Stanford

When Correll bought his first bank in Stanford 36 years ago, the community and it’s people were new to him. But today, it’s that community and those people who continue to motivate him.

“When I got here, we just loved it. The people, the topography…Stanford had such good bones and was such a cute town,” Correll said. “We’ve got some of the best people here and when we travel we always look forward to coming home.”

Together, Jess and Angela Correll have helped bring downtown Stanford to life, opening businesses on Main Street including Kentucky Soaps and Such and The Bluebird, with several other projects in the works.

As the First Southern Bancorp and its affiliates continued to grow, so did the need for local lodging – which led to the five-year restoration project which restored several historic houses downtown, now known as “Wilderness Road Guest Houses,” as well as the the Old St. Asaph Hotel on Main Street.

The various local business projects have taken a lot of perseverance and longterm dedication, Correll said.

“None of our stuff has worked well at the very beginning and didn’t make money immediately,” he said. “We had to plan to come in and be here for the long-haul and I think that’s the important thing, you have to plan.”

But watching businesses on Main Street succeed and planning future projects for the city is the fun part for Correll.

“It’s a lot of fun and very gratifying to see people enjoying it,” Correll said. “Don’t you just love to come out on a Saturday and see Stanford full?”