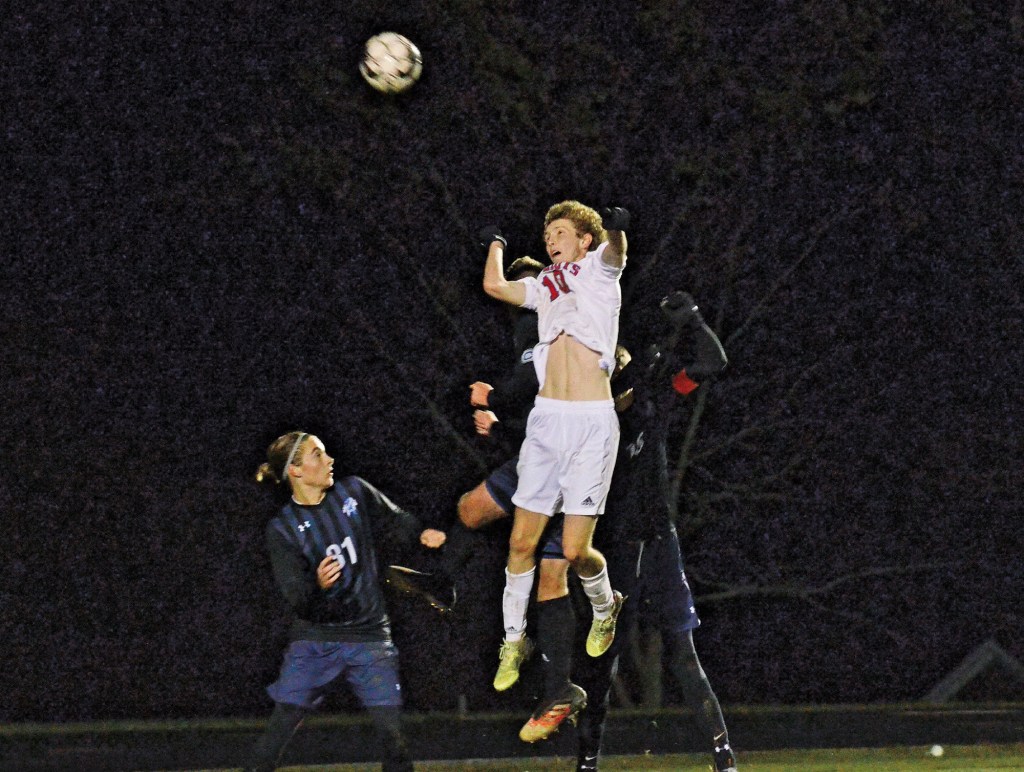 Photo by Nancy Leedy TREY CUMMINS, an LCHS junior, became the first boys soccer player to be named to the all-state soccer team.

STANFORD — Soccer coach Lewis Cummins said at the end of the season that the 2018 soccer Patriots were “one of the best teams” that Lincoln had ever had.

That “one of the best” teams now has a member among the top boys soccer players in the state.

LCHS junior Trey Cummins was named to the second team for the Kentucky High School Soccer Coaches Association (KHSSCA) All-State squads, which were released earlier this week. He is the first Lincoln soccer player to receive an all-state honor.

Cummins was named to the KHSSCA East 2nd Team All-State. Cummins led Lincoln in scoring this season with 33 goals and he also had 14 assists. The LCHS junior managed to set a state record while racking up the goals and assists, moving to the top in the state record books for the most consecutive games played with one assist or one goal.

The soccer Patriots went 13-6-2 this season, finishing as 45th District runner-up and advancing to the 12th Region Tournament semifinals before being eliminated by eventual region champ Southwestern.

Cummins was named to both the 45th District and 12th Region All-Tournament teams.

Nick Bokeno of Murray High School was recognized for most assists and Conner Harper of Pendleton County had the most goals. Team awards included most shutouts, an honor that was shared by Trinity, Ft. Thomas Highlands and Lafayette, and most goals, which went to Louisville Collegiate.