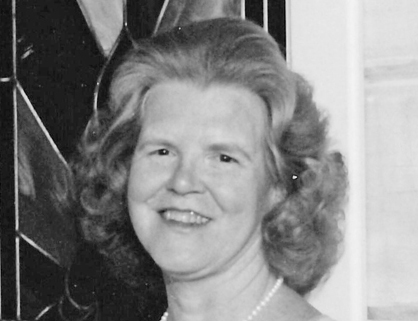 Roberta Jackson Harness, 80, of Hamilton, Ohio passed away Tuesday, October 9, at The Mercy Health Hospital in Fairfield. She was the wife of James Mitchell Harness whom she married on March 17, 1997.

Roberta was born in the community of Broughtontown, in Lincoln County, on April 27, 1938. She was the daughter of the late Oscar and Elsie Gertrude (Hubbard) Jackson. Roberta had worked as a manager for the Cincinnati Bell Telephone Company for 27 years. She was a member of the Norwood Church of Christ and the Model A Club. Roberta loved to travel and see the world.

In addition to her parents, Roberta was preceded in death by brothers, Lonnie, Gerald and Marvin Odell Jackson.

In lieu of flowers, memorials suggested to the Mt. Olive Cemetery Fund, ℅ First Southern National Bank or to the Alzheimer’s Association.