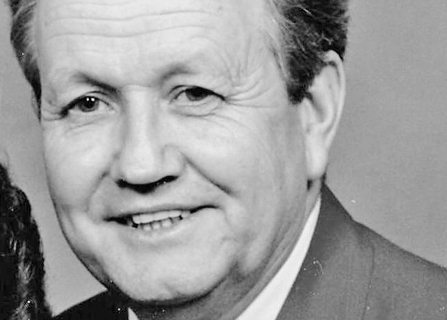 Darrel is survived by Jeanne Cooper, his lifelong companion, and the love of his life. Darrel had nine brothers and sisters. Three living, Glen, Randall and Phyllis. Six are deceased, Georgia, Willard, Harold, Selma, Wilma, and Ray. Darrel spoke fondly of the 20 nieces and nephews born to his siblings, to Georgia (JD Padgett): Dale, Sherrie, Mark, Mike and Susan, to Harold (Pauline): Vickie and Rita, to Wilma (Carroll Gooch): Jeff and Jan, to Glen (Annette): Karen, Connie, Don and Dan, to Ray (Sue): Mark and Tim, to Randall (Margaret): Jackie, Wendy and Tara, and to Phyllis (Carl McMichael): Scott and Todd. Also, many great and great-great nieces and nephews.

Darrel enjoyed life and was a joy to many others. Darrel did something special for someone each day of his life. Darrel was employed for 49 years by the Lincoln County Board of Education where he influenced and made many friends. One friend was extra special, Jeanne Cooper. Although they never married, their love and devotion to each other for 47 years was beyond comparison. Thank you, Darrel and Jeanne, for your enduring faithfulness to the end. The Story family loves you, Jeanne Cooper.

Darrel was a lifetime member of Eubank Baptist Church, giving his life to Christ on July 26, 1959. He served many years as a song leader, moderator and on many committees. Darrel was a part of Lincoln County Retired Teachers, KEA, he loved coaching and playing softball. Darrel was very supportive of Memorial High School and Lincoln County High School sports; he was an avid UK Wildcat Fan. Darrel also was the first one in his family to attend college and encouraged his other siblings to do the same.